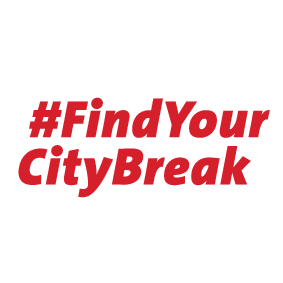 Right in the heart of Germany, or Erfurt to be precise, an array of culinary delights awaits: Michelin-award-winning chef Maria Gross opened the Bachstelze Restaurant here with her husband in 2015. Just where you might least expect it, the Bachstelze thrills guests with a unique menu and wine list. This restaurant uses only local produce in its cuisine. Not only does it taste great, but it’s also lovingly presented. There’s a reason for that: Maria Gross discovered her love of cooking at a very young age, and by her mid-twenties had decided to turn this passion into a career. She progressed through a series of positions in renowned kitchens until, in 2014, at the tender age of 33, she became Germany's youngest ever Michelin-award-winning chef. By 2015, she was ready to take the next big step, so she opened her own restaurant, the Bachstelze, in Erfurt.

The Bachstelze: more than just another eatery

The Bachstelze delights diners from the moment they set foot inside the restaurant: the atmospheric wooden decor and sheer attention to detail make people feel at home right away. And that’s the philosophy of Maria Gross, too: “We wanted an atmosphere that conveys straightforwardness, innovation and quality, while acknowledging the fact that Thuringia and its residents have a given us a home of which we’re rightly proud.” This ethos is also reflected in the menu, with regional produce and sustainability writ large. And you don’t only see it, you can taste it, too.

German food is much more than sausage and sauerkraut. Discover the must-eats on your journey across Germany.

Dresden, the city on the Elbe, Is full of world-renowned sites such as the Frauenkirche, the Green Vault or the Dresden Zwinger museum. But there is also culinary delicacy, eternally connected to ...
Learn more

From April to June, northern Germany cares only about one thing: Asparagus. It can be served many ways, but its taste is unique. Nobody in Europe produces more asparagus than Germany. This vegetable ...
Learn more

Do you know what “Weck, Worscht and Woi” is? We’ll tell you: Buns, sausages and wine. These delicacies from the Rhineland-Palatinate region are available to enjoy every Saturday from March to Novembe...
Learn more

Up in North-East Germany, Where the waves of the Baltic Sea crash onto the land, is precisely where you’ll find a piece of German brewing culture. For more than 800 years, people in this region have...
Learn more

Fresh Riesling, classic Pinot Noir or trendy Sauvignon Blanc - these fine wines have a long tradition in the Stuttgart region. But a fresh breeze is blowing through the vineyards. 17 young winemakers...
Learn more

In East Germany, close to the Polish border, lie the enchanting Lusatian lakes With flowering heathland and diverse landscapes. But Lusatia has something else to offer, too: genuine chocolatier c...
Learn more