Here you will find an overview of the types of cookies used on the website. You can set your consent for each category individually.

Are you looking for guaranteed sunshine? You won't find that anywhere. But there are certain places that enjoy more sunshine than others. Find out more about top sunny spots in Germany. 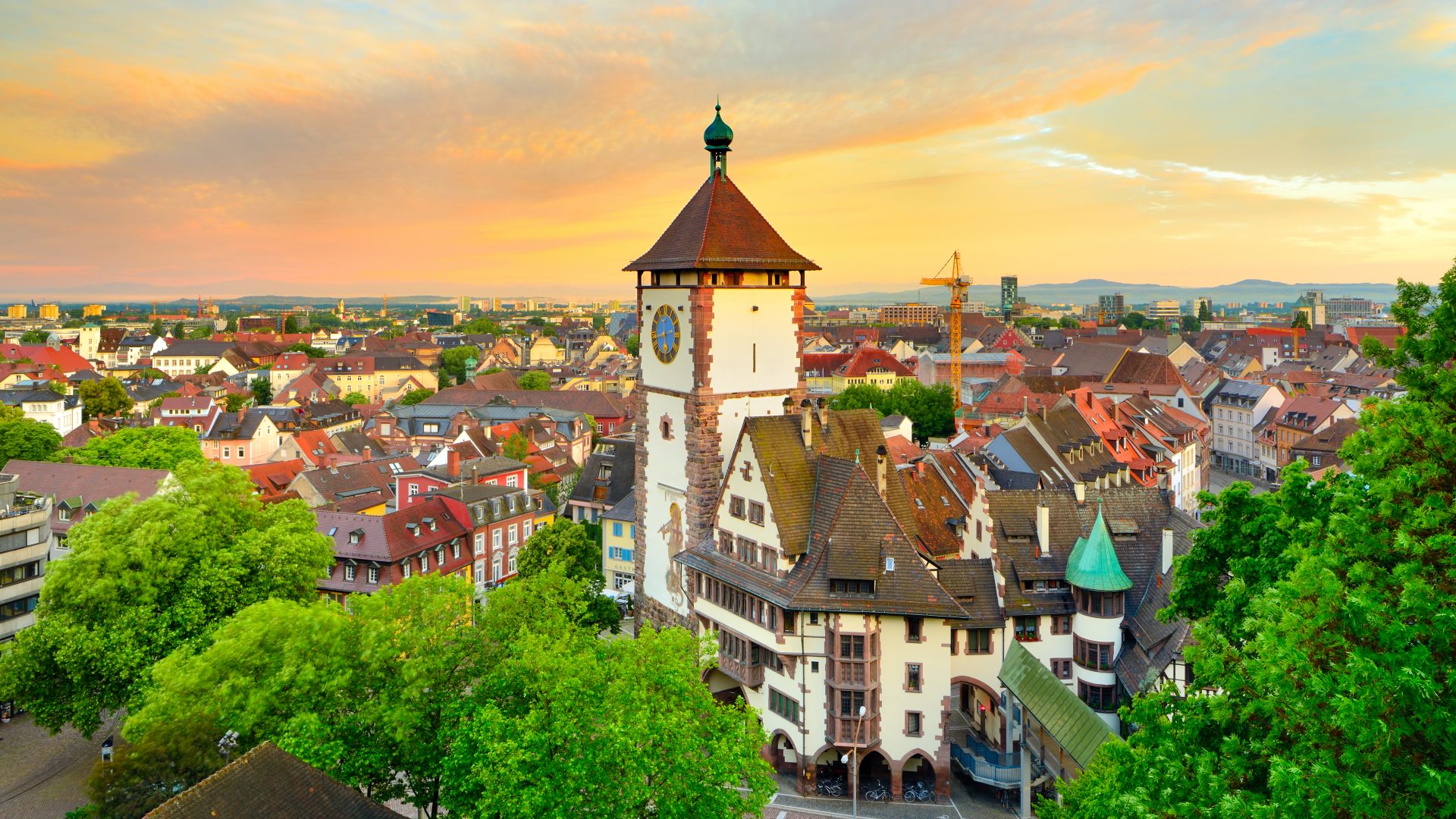 Calling all sun worshipers: the city with the most hours of sunshine, according to meteorological records, is Freiburg. However, the picturesque little university city in the Black Forest has more to offer than fine weather: its medieval centre and gothic cathedral make it a gem for tourists too. You can walk about barefoot here as early as spring thanks to the mild climate. And if you start to feel too warm at the height of summer in Freiburg, you can simply dip your feet in the "Bächle", little streams meandering through the old town.

Hot in the north 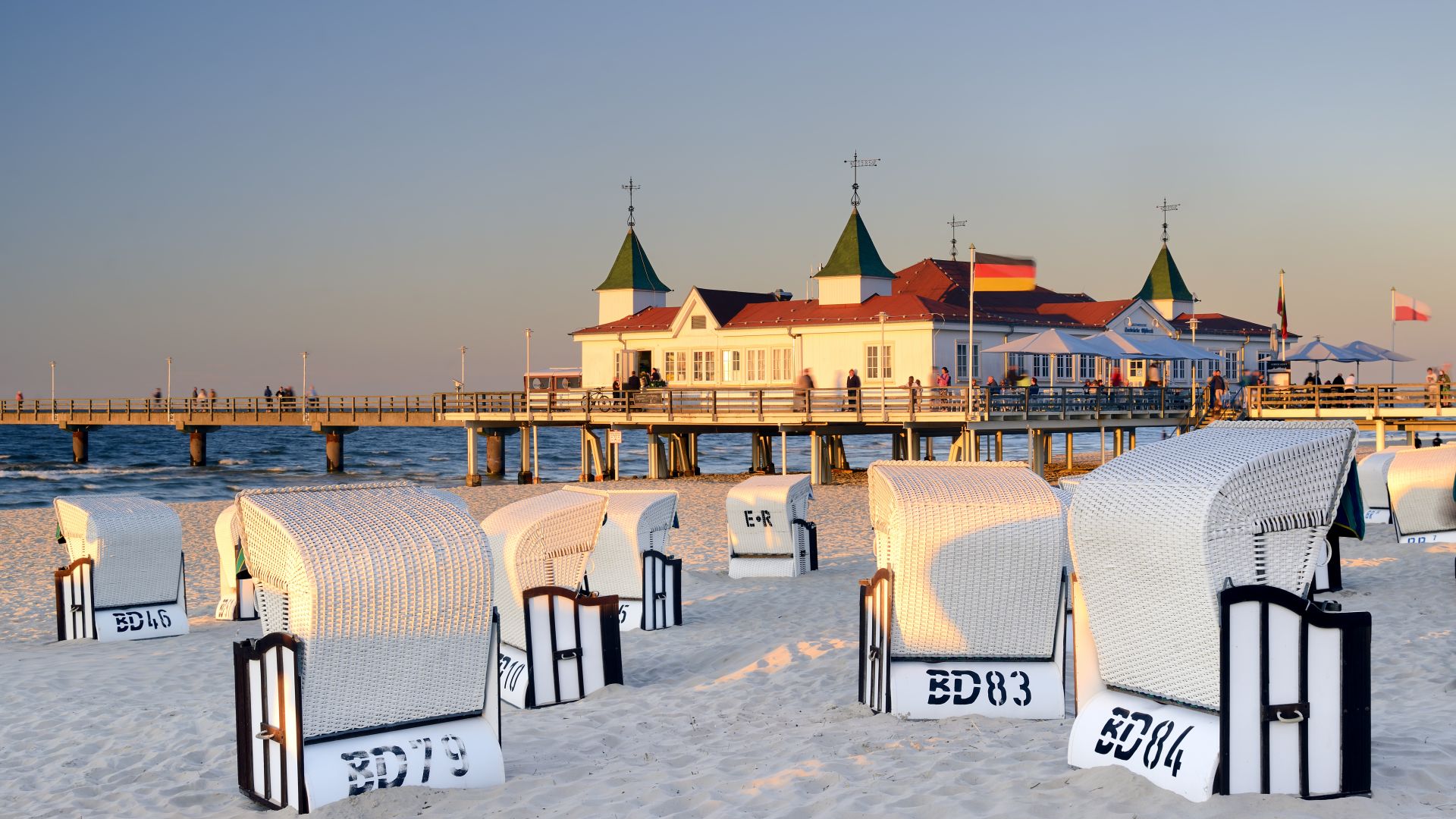 Sunny in the south, bad weather in the north? On closer examination, this proves to be a stubborn prejudice. The sunniest regions in Germany are located on the Baltic Sea coast. The very top performer is the little village of Zinnowitz on the island of Usedom. An average of 1,917 hours of sunshine are recorded here per year – more than in any other region. But that's not all that makes Usedom a paradise. A gentle breeze blows over the sand dunes, cries of seagulls fill the air and quaint bathing resorts invite you to enjoy a leisurely stroll. 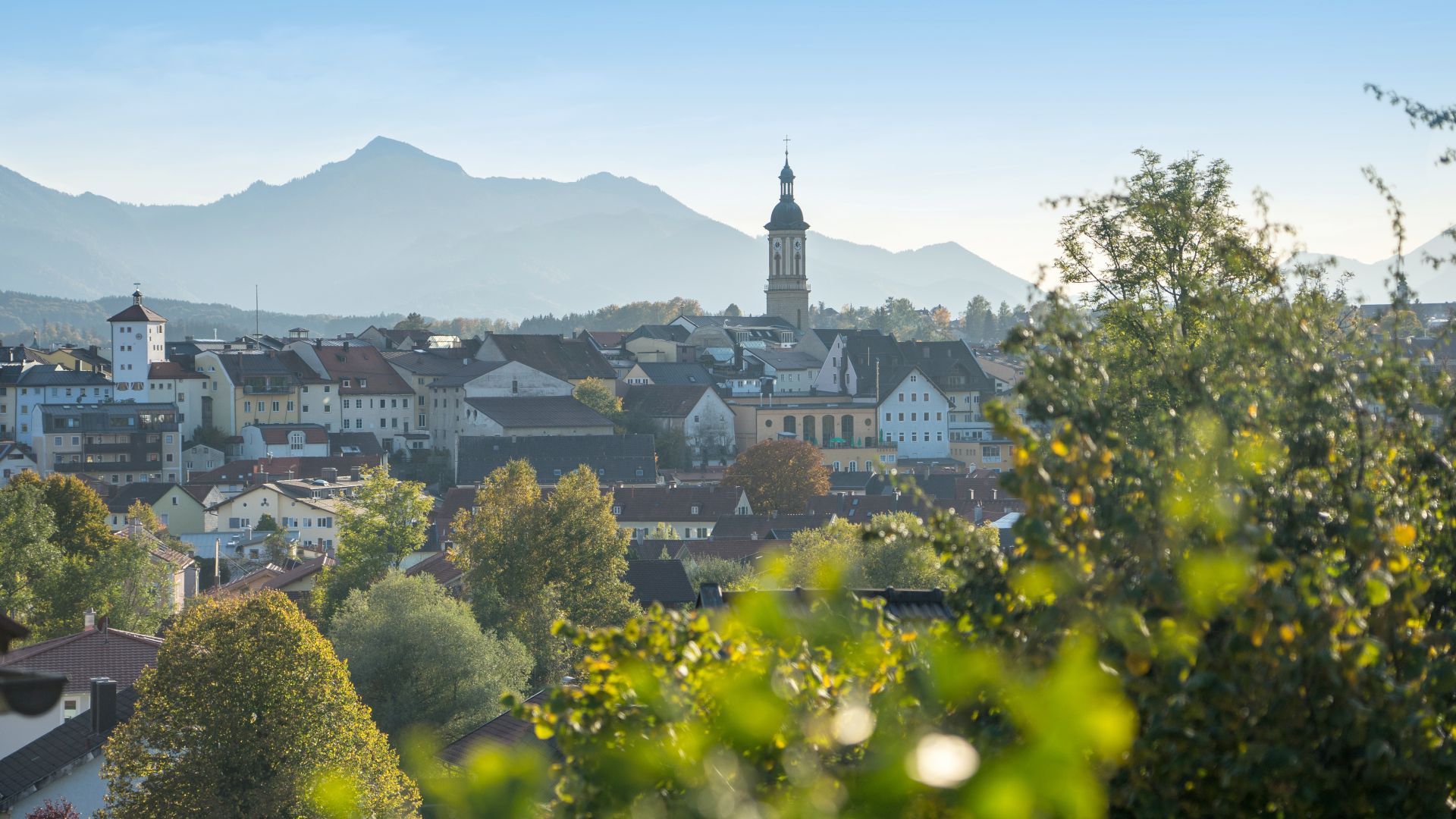 Anyone looking for brilliant blue skies in Germany has two good options: they can either travel to the Baltic Sea in the north or head to the foothills of the Alps. In the latter case, deep in the south of the country, visitors can find places such as Traunstein in Bavaria, nestled in an idyllic setting between the Chiemsee and Königssee lakes. A sunny stroll through the historic old town is a must. The sunny weather is also a good excuse for a little break in a café – and some ice cream, of course. The warm, dry autumn wind that keeps the clouds in check is responsible for the impressive sunshine record at the foot of the Alps in Bavaria and Baden-Württemberg.

Balcony with a view of the Elbe 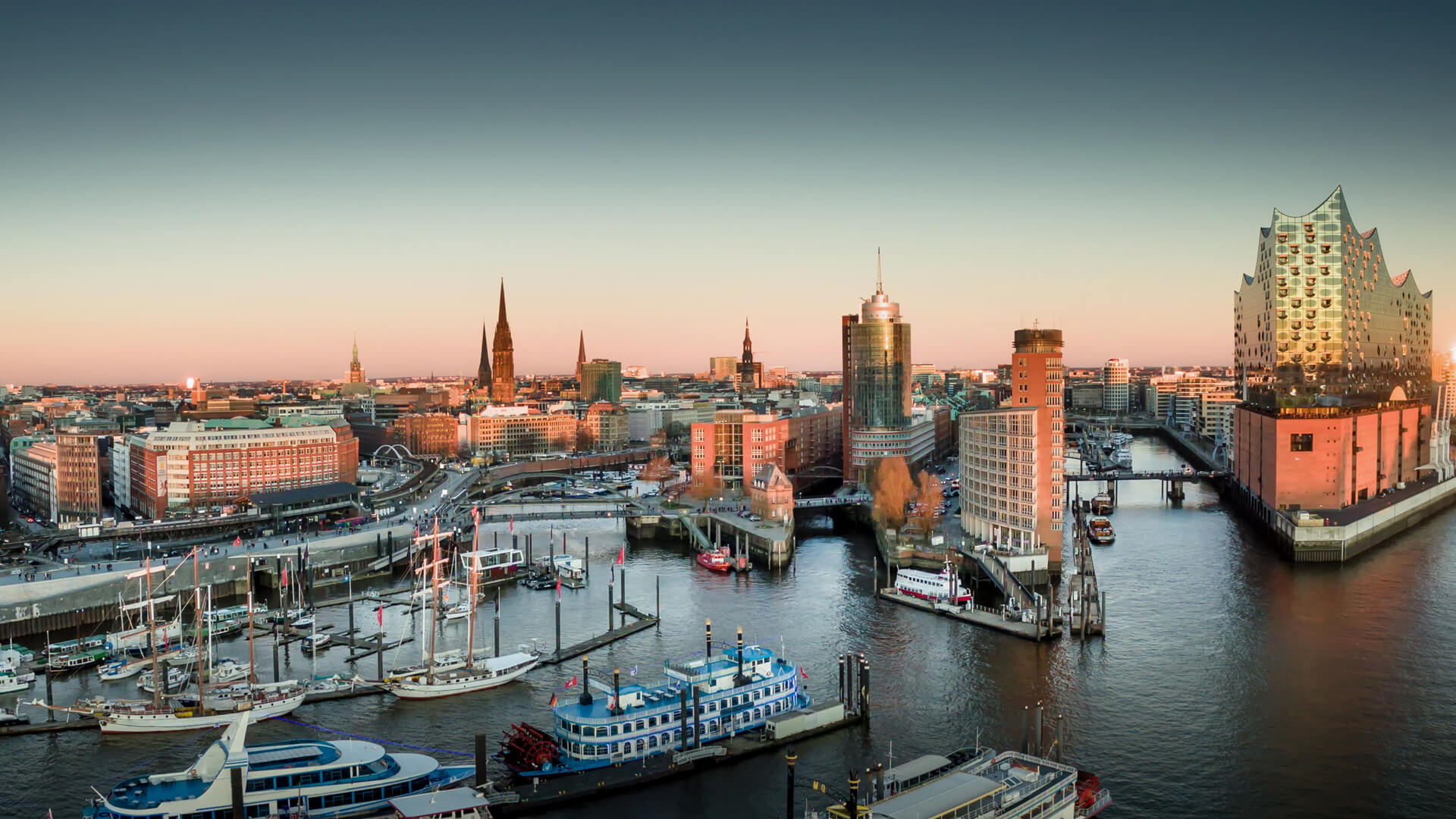 Sunny moments relaxing on a balcony are among life's most pleasurable experiences. And sun lovers can look forward to a real treat in Hamburg's Altona district, in the form of an extra-large balcony. Occupying an elevated position on the high bank of the River Elbe, the Altona Balcony offers impressive panoramic views over the bustling activity in the harbour and the striking curves of the Köhlbrand Bridge. In a lush green setting, you can spread out your picnic blanket and enjoy that summer feeling. 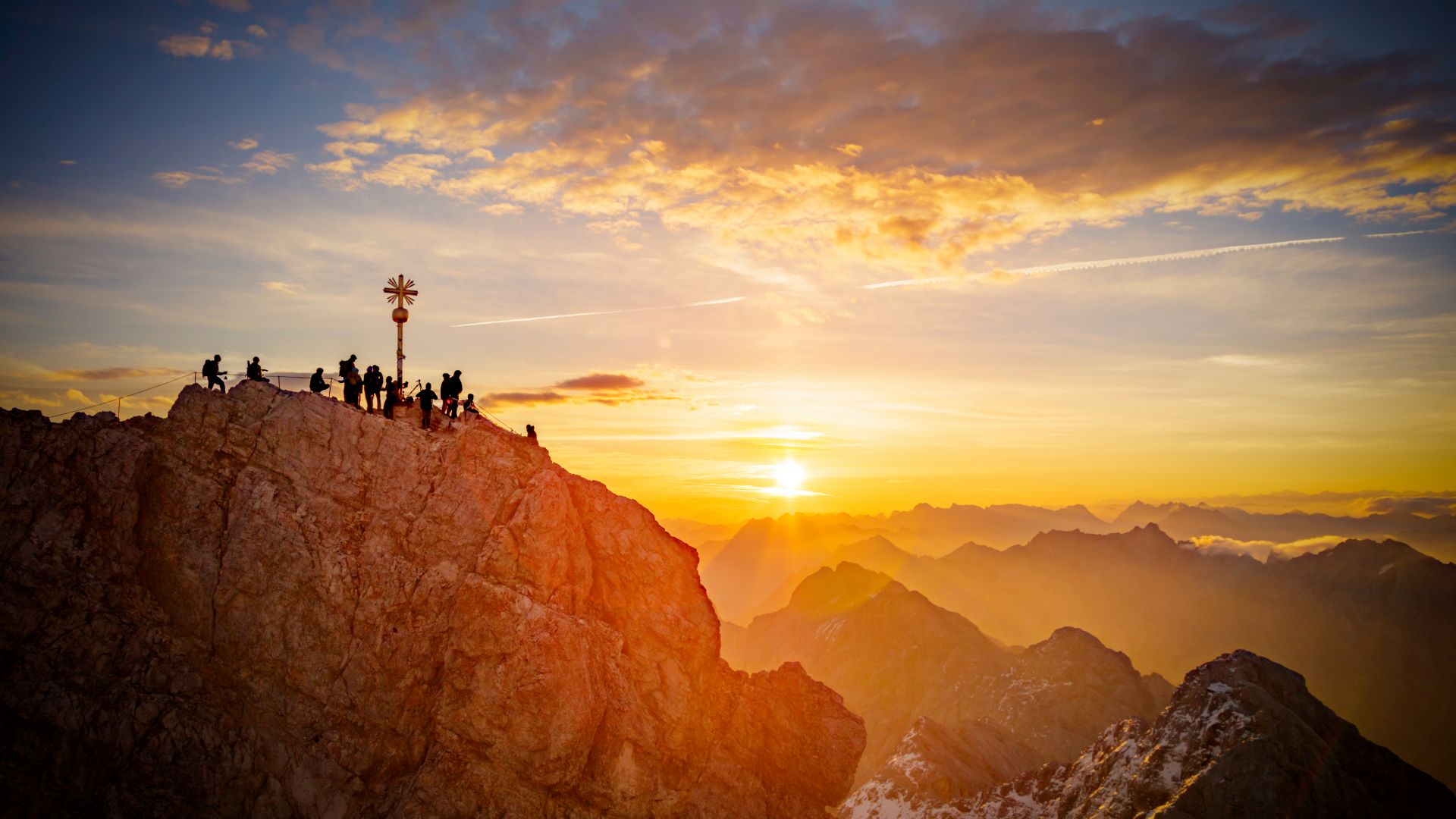 You have to look up to the sun to find it – this sounds logical and it also turns out to be true. The Zugspitze, Germany's highest mountain, is a particularly sunny place. The warm, dry autumn wind keeps unpleasant clouds at bay. But you very soon realise that long periods of sunshine are not necessarily synonymous with high temperatures. Up there at 2,962 metres, it can get extremely icy. And if bitter winds start to blow, there's no chance of sunbathing – even if the sky is still a beautiful shade of blue.

Absolutely top! The Klippeneck on the southern edge of the Swabian Alb regularly has over 2,000 hours of sun per year. This 980 metre peak is Germany's sun king and it can also claim to be the highest gliding site in the country. Anyone walking up here, around 35 minutes' drive from Villingen-Schwenningen, can usually look forward to cloudless skies as well as a fantastic view of the valley below.

Not forgetting a northern light 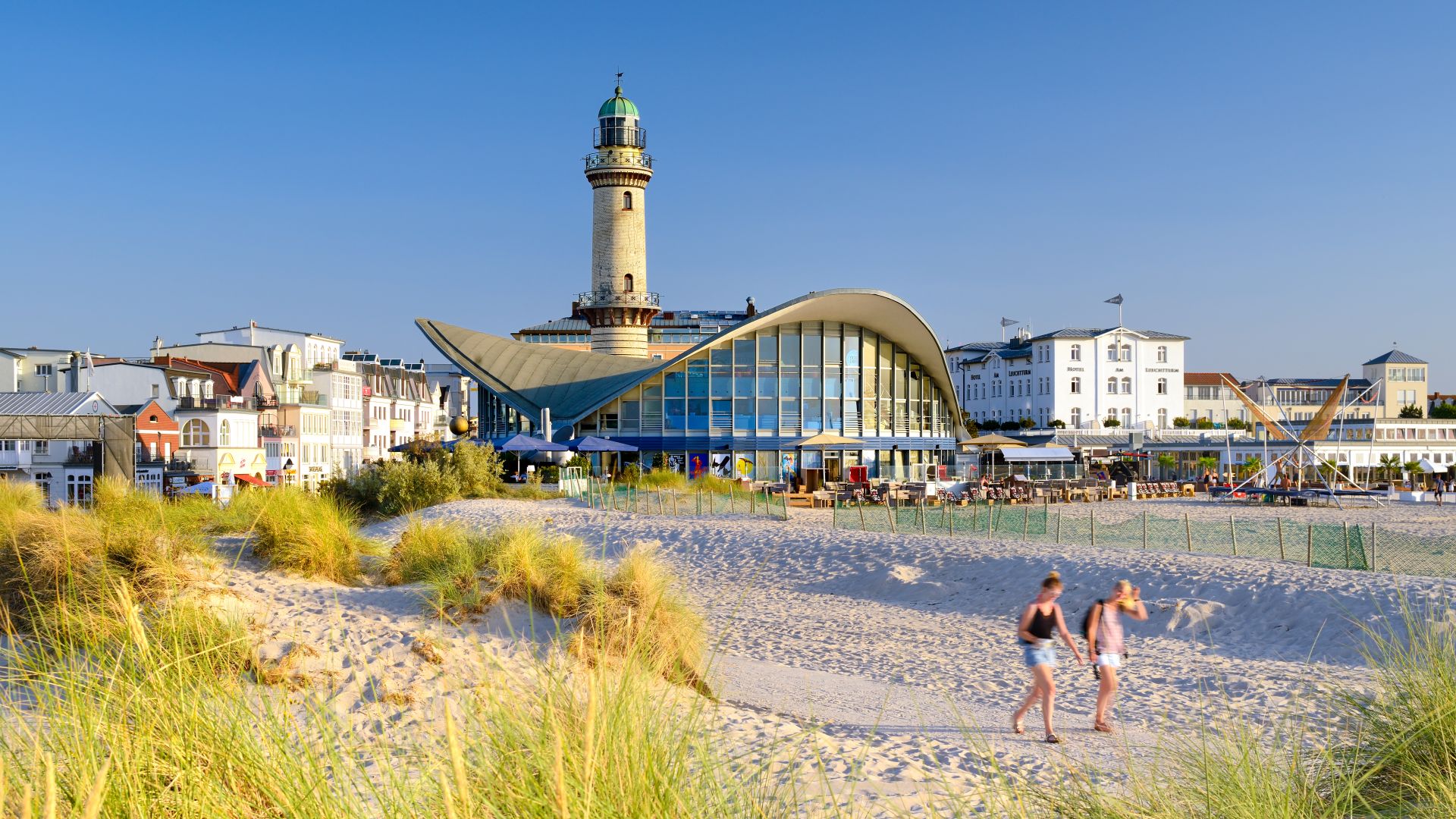 Freiburg, Nuremberg, Augsburg and other beautiful towns and cities in the south of Germany enjoy an exceptionally high number of hours of sunshine. But one northern light has also made it onto the list of sunniest towns: Rostock. The pretty Hanseatic city enjoys an average of 1,687 warm hours each year – only fifty or so less than top performer Freiburg. But Rostock, including the seaside resort of Warnemünde, is worth a visit even without its claim to sunshine. Visitors can set out in search of traces of the former Hanseatic period, admire magnificent merchant houses and feel the sea breezes fill their lungs.

Where the sun smiles

It's not just holidaymakers who love the sun – wine appreciates its warming rays too. Which explains why Oberrotweil, a district of the city of Vogtsburg im Kaiserstuhl, isn't just a sunny haven, it's also a paradise for wine enthusiasts. Close to the German-French border and just twenty kilometres or so north-west of Freiburg, the vineyards of Oberrotweil are an inviting place for strolls and hikes in the region. From the Mondhalde viewpoint, you can see all the way to the Vosges Mountains on a clear day. A paradise for sun worshipers with an appreciation for fine wines and nature. 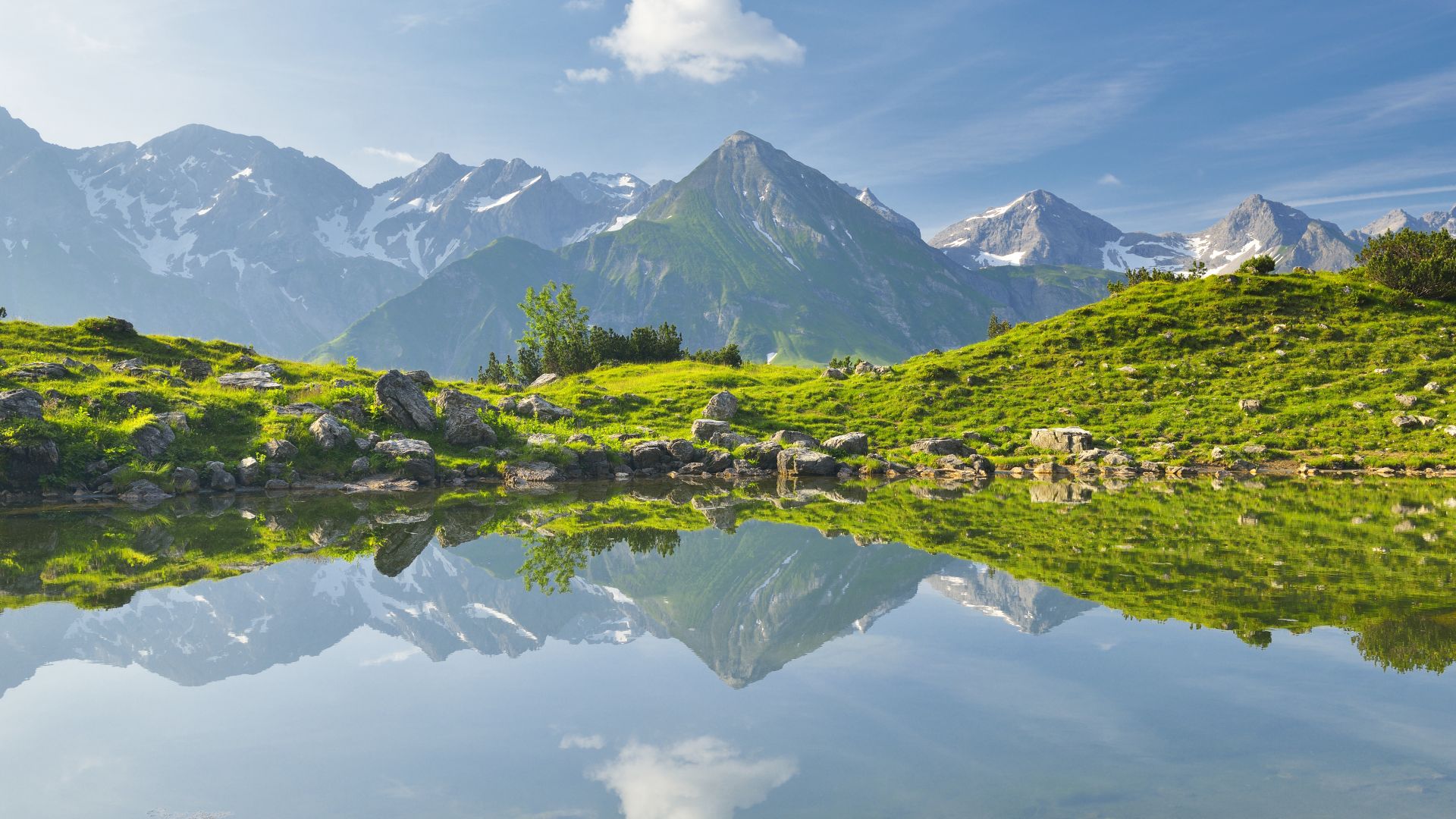 Who can resist the charm of the sunny south? The picturesque Allgäu in the south of Germany is famous not only for its lush green meadows, but also for its reliably sunny weather. There are so many opportunities to enjoy the sun's warm caress on your skin here, such as sunbathing beside one of the deep blue mountain lakes. Hikers also appreciate the cloudless skies and clear views. But it's not just in summer that the sun shines. In colder months, winter sports enthusiasts eagerly anticipate the frequent beautifully bright clear days here. 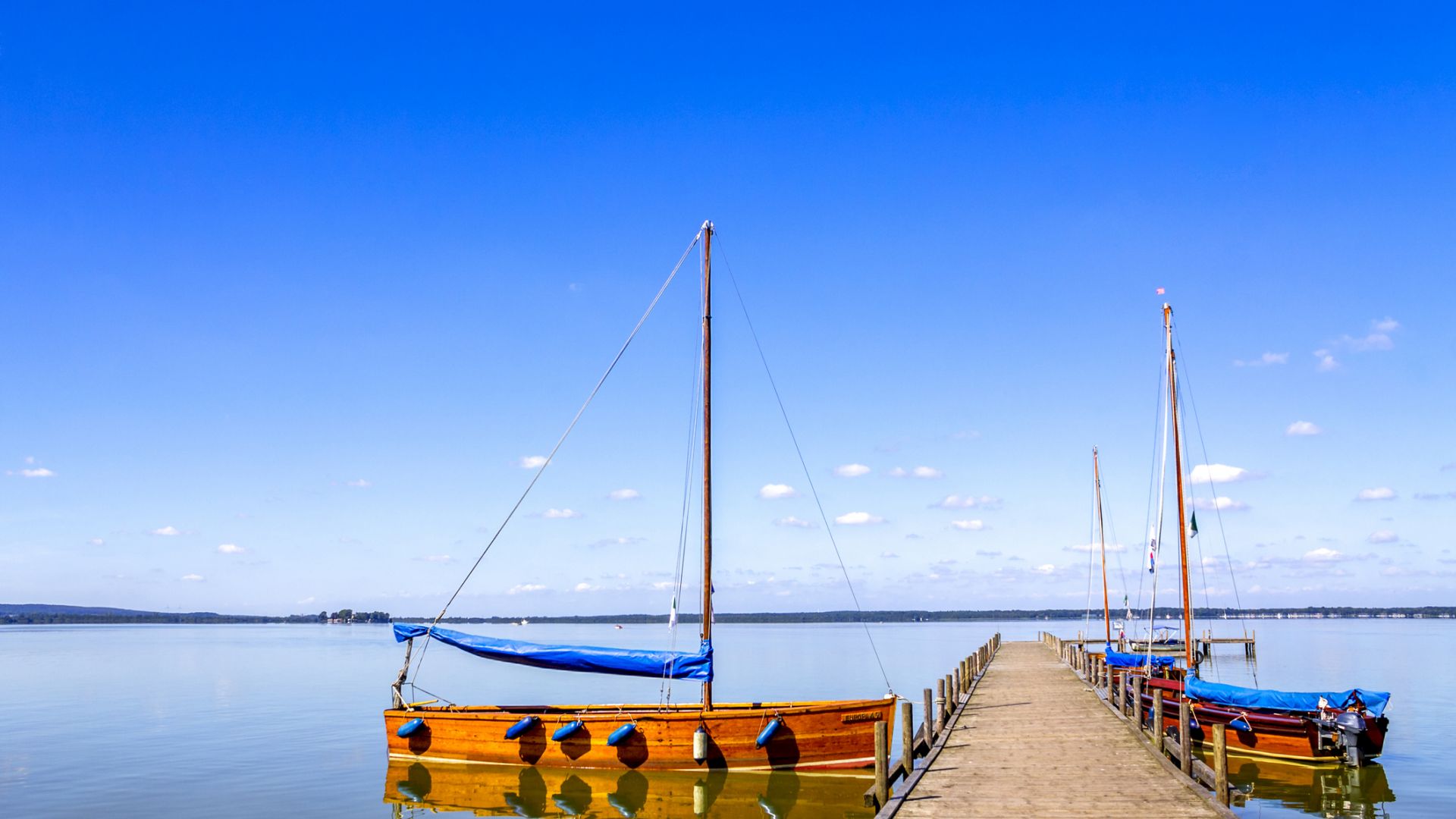 Shimmering waves below, a cloudless blue sky above: if this is your dream, then a stand-up paddling tour on the Steinhuder Meer lake could be just the thing for you. SUP on a lake? Yes, it's a great experience. The Steinhuder Meer lake looks almost like an ocean, but it's actually a large lake that formed back in the Ice Age. The water is generally calm, like a shimmering mirror in the sunshine, making it ideal for paddle tours. Expert paddlers can make their way to the island of Wilhelmstein, a fortification in the lake created by Count Wilhelm von Schaumburg-Lippe in the 18th century as a shelter. 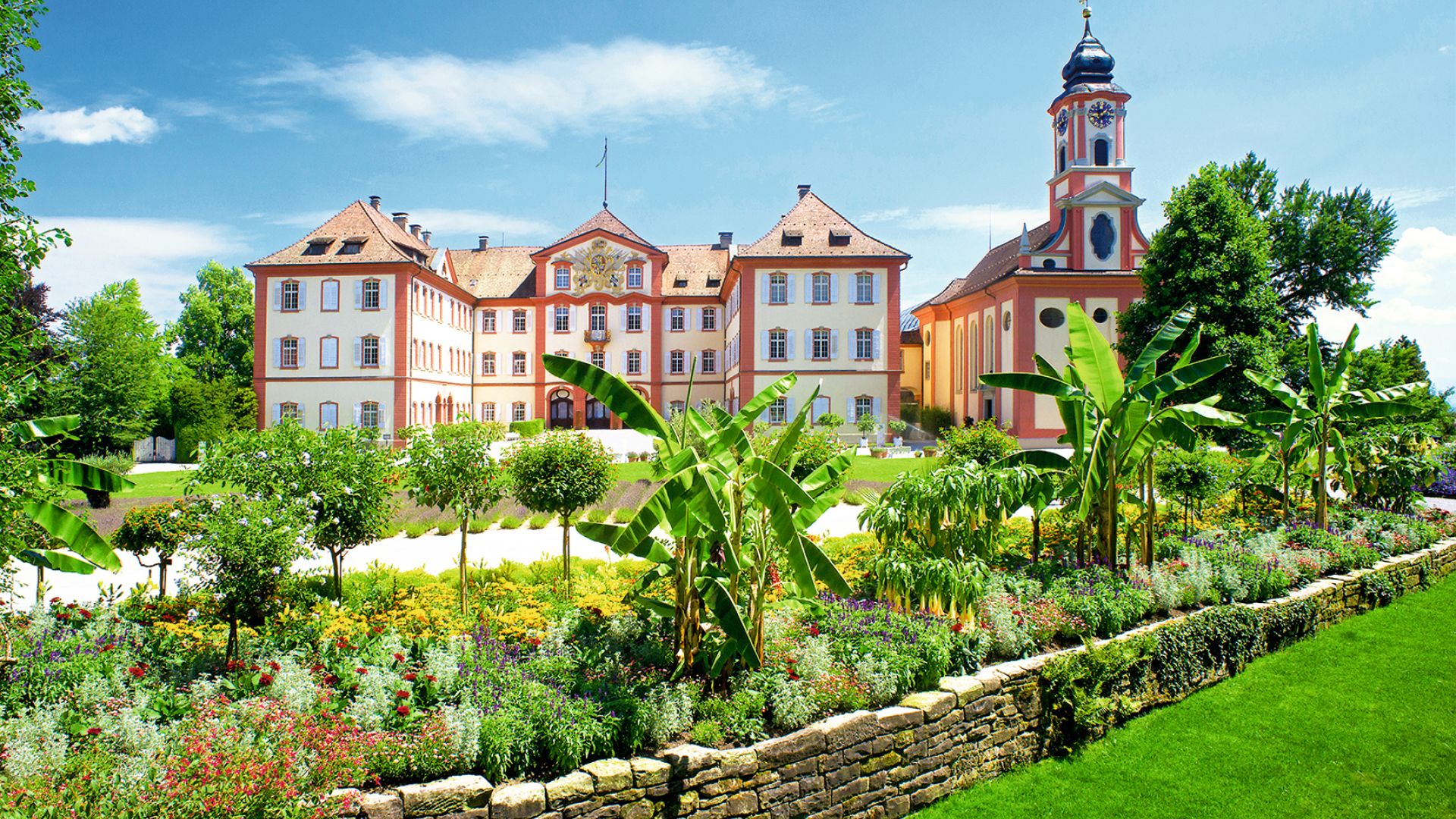 Island of Mainau: The Palace of the Teutonic Order with church ©Mainau GmbH (Peter Allgaier)

Tulips in spring, roses in summer, dahlias in autumn – the floral display on the island of Mainau in Lake Constance is like an exotic garden all year round. This is hardly surprising, as this beautiful island in Germany's largest lake is a very sunny place. And what's good for flowers is good news for sun worshippers too. Visitors can soak up the warming rays as they stroll around the blossoming and fragrant island and admire the impressive architecture of Mainau Castle and the Palace Church of St. Mary.