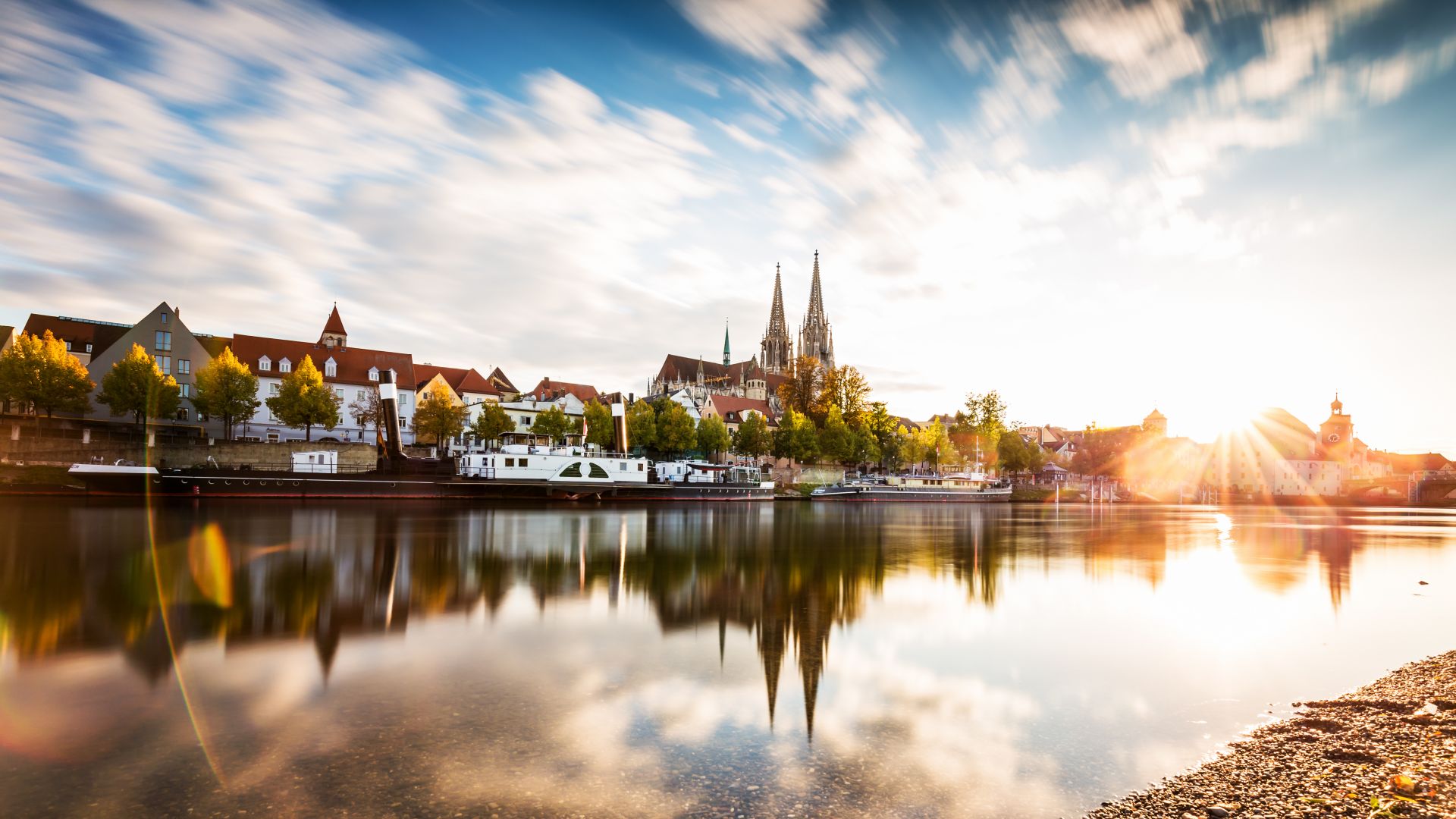 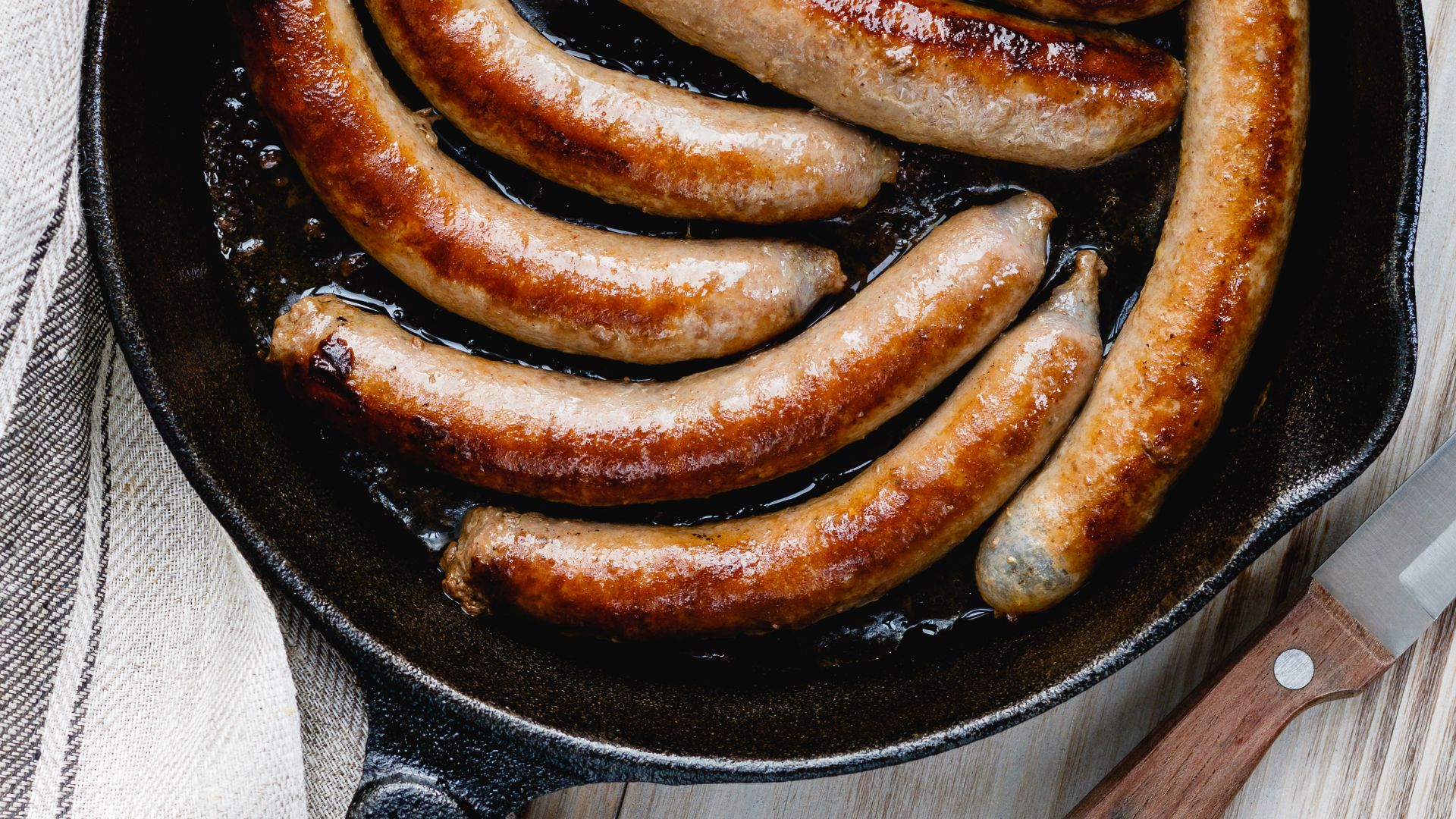 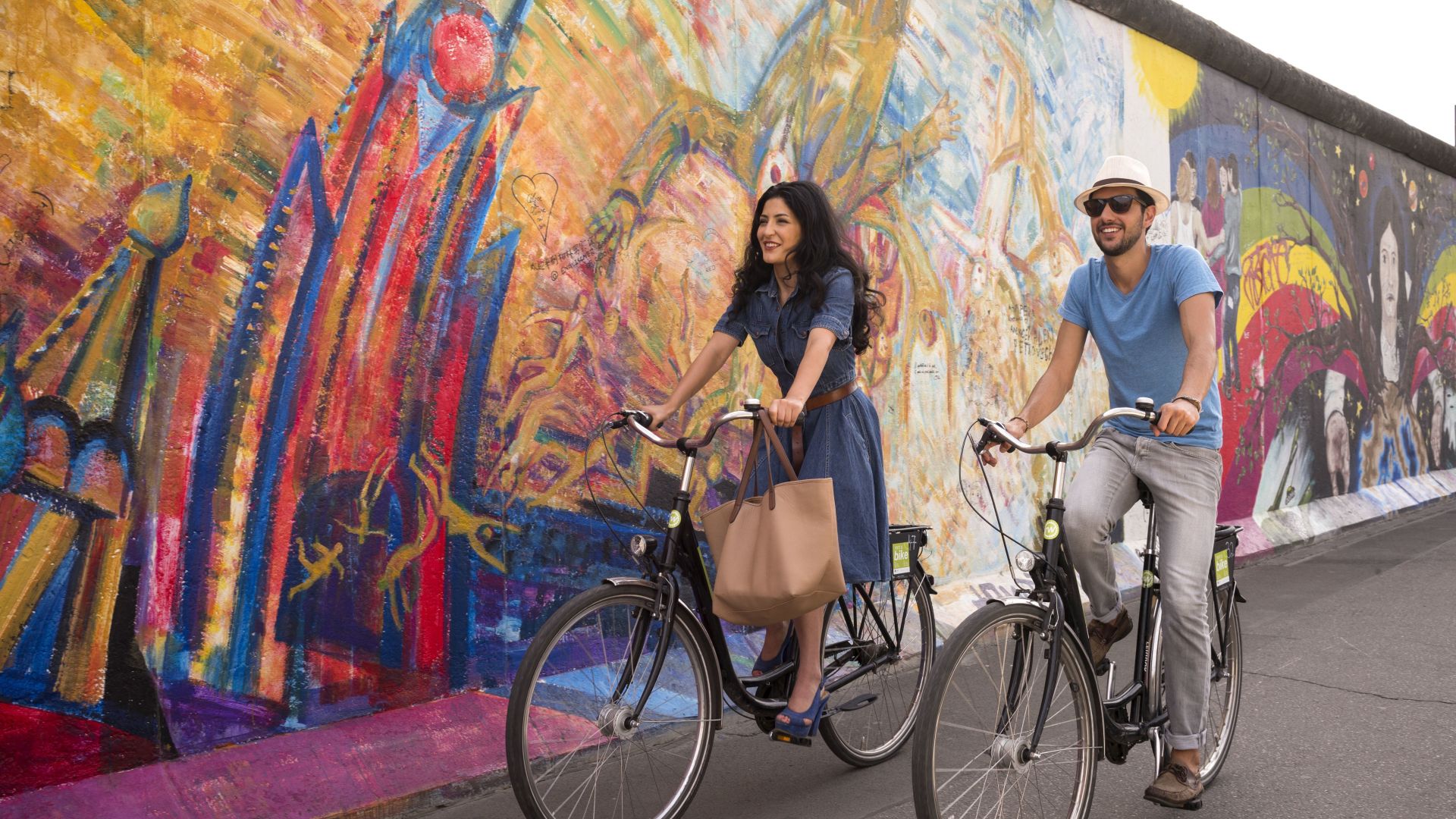 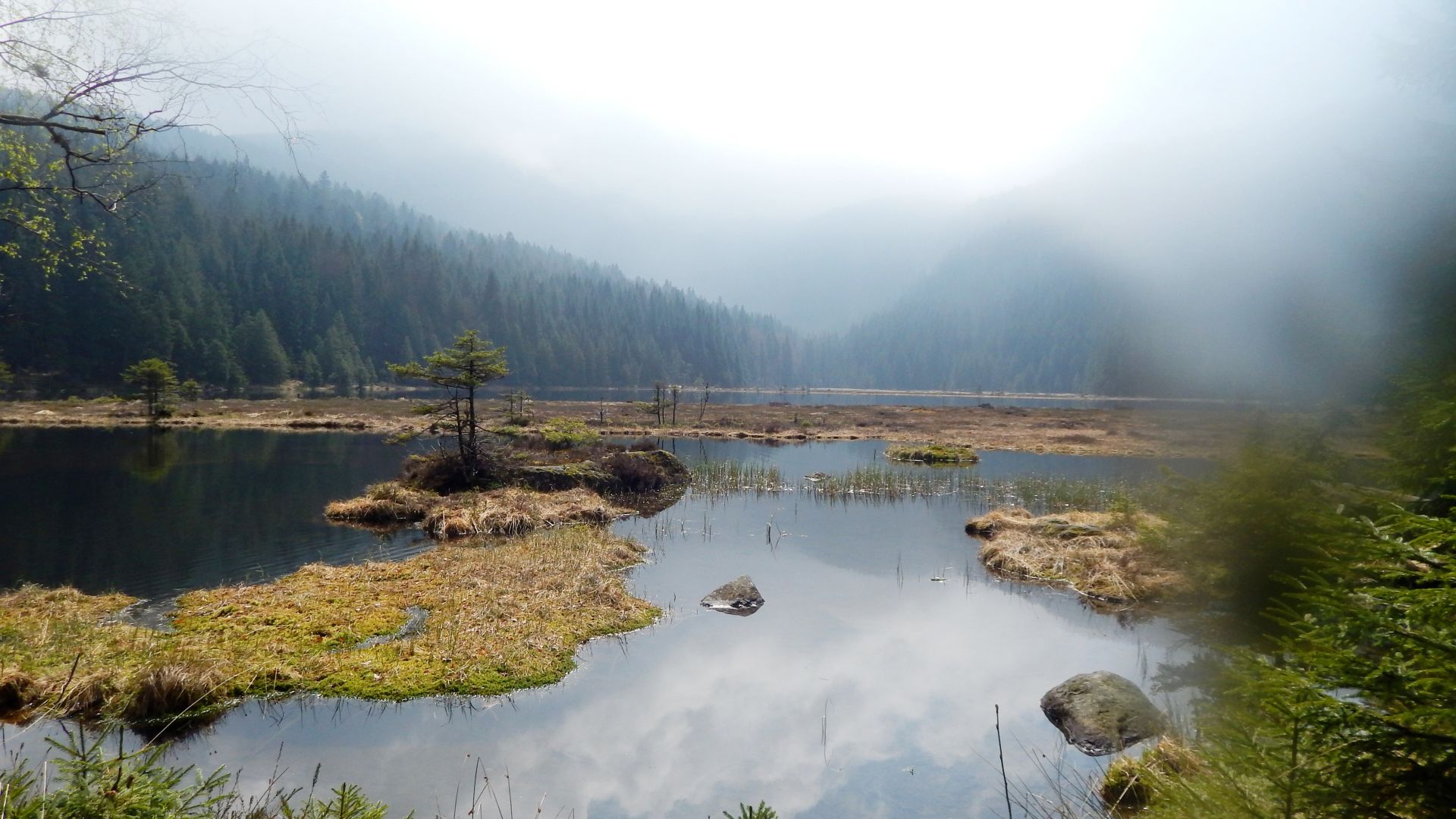 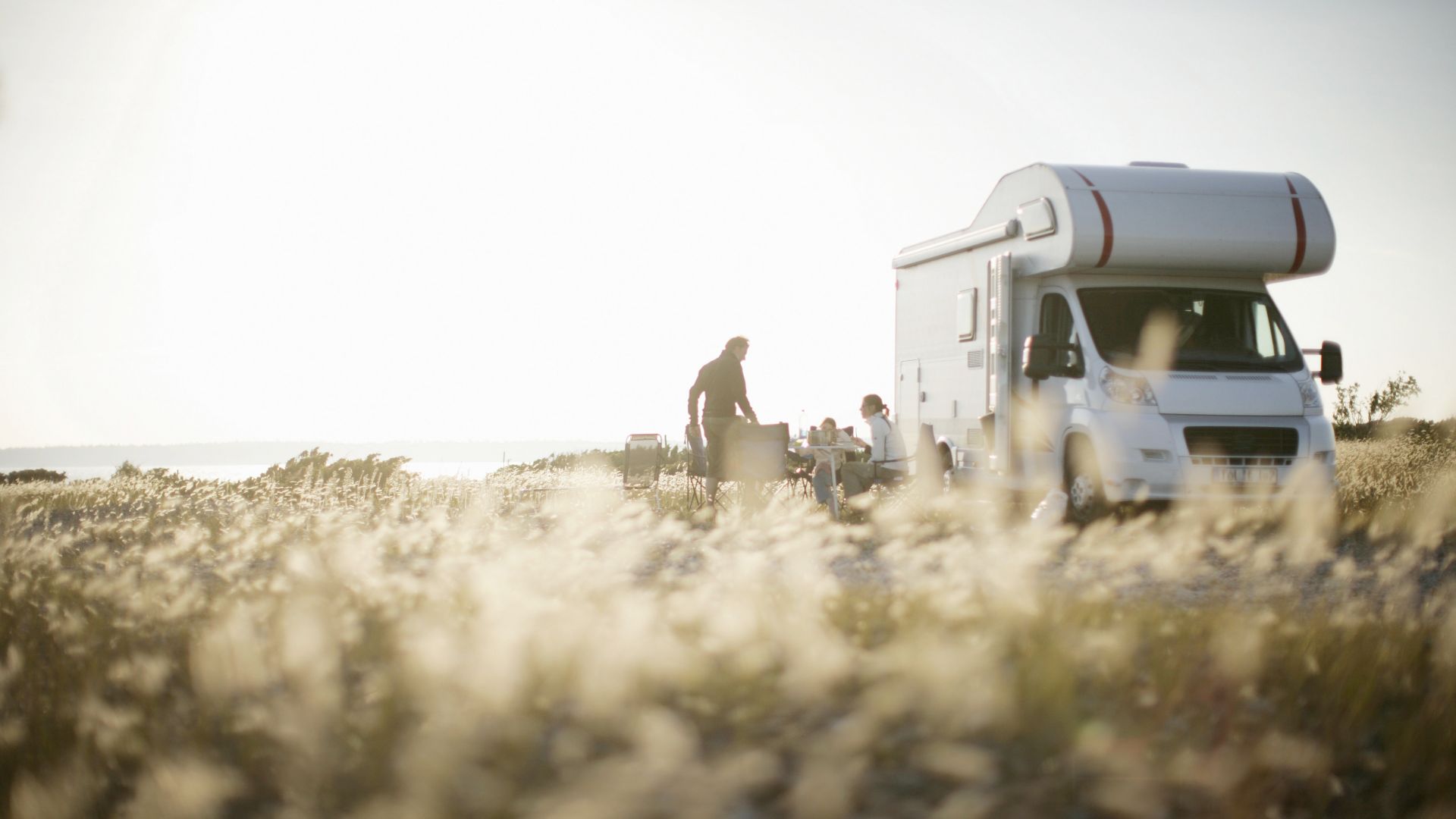 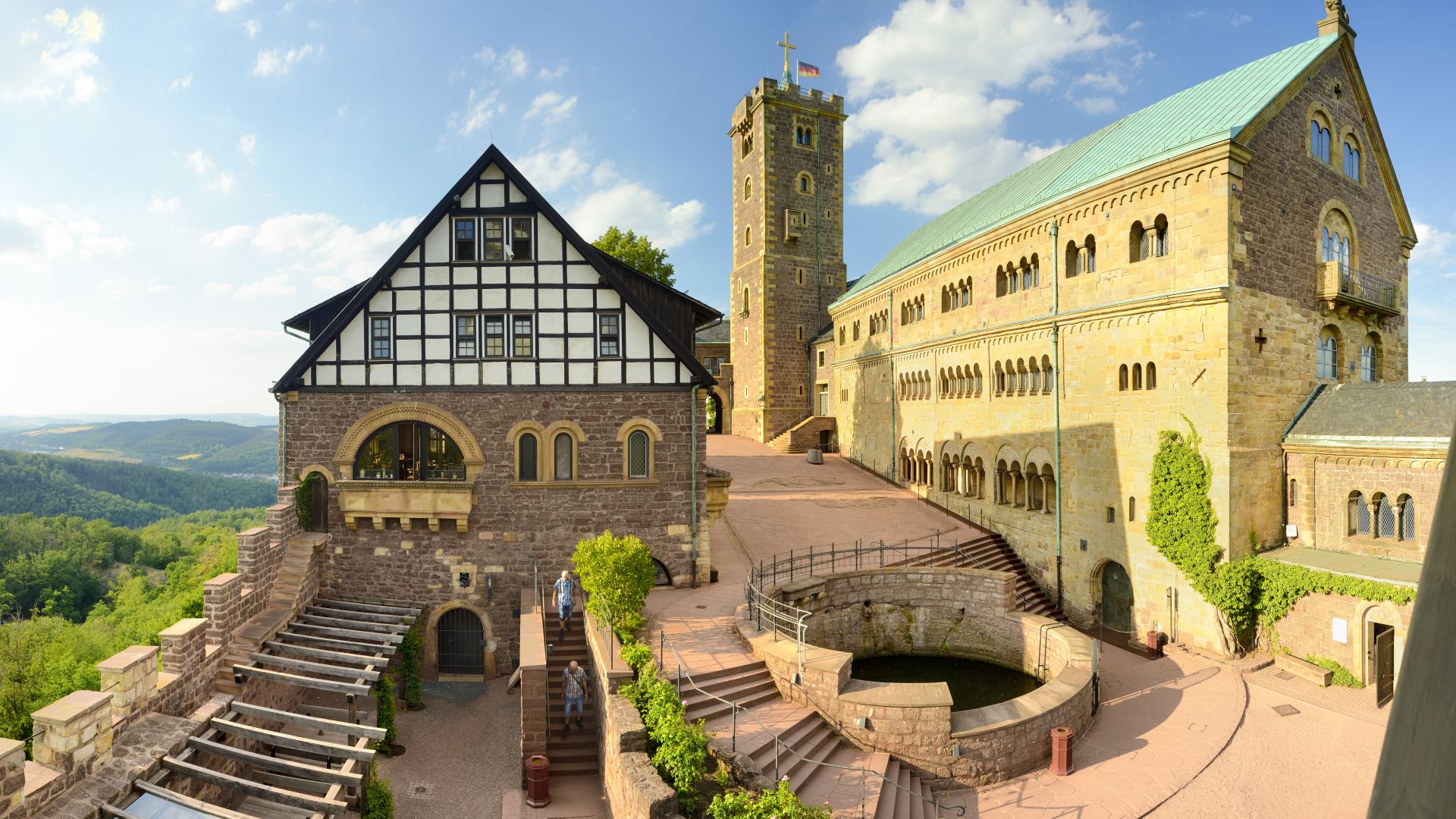 Did you know...? - Germany's surprising facts

Close your eyes and let yourself be acoustically enchanted by the diverse impressions on your journey through Germany!

Welcome to the German capital! Everyone knows the Brandenburg Gate, the Reichstag and the Berlin Wall. But did you know that there are 2,500 bridges in Berlin? Four times more than in Venice. And each one has its charm, says native Berliner Sylvia Teschke.

Woman: The Oberbaum Bridge that crosses the Spree is simply spectacular at sunset. The Admiral Bridge in Kreuzberg is a meeting point for young people who like to party there in the evenings. The Glienicke Bridge was known as a place where captured spies would be exchanged. There are small bridges towards Spandau and Reinickendorf that are very close to nature: Herons, swans, ducks, there are also beavers in the rivers of Berlin.

Beavers, squirrels and red deer are also native to Saarbrücken, the state capital of Saarland. Birgit Grauvogel from Tourismus Zentrale Saarland explains that this is because there is a primeval forest at the gates of the city, close to the French border.

Woman: A primeval forest is supposed to develop freely without human intervention. Trees are no longer cut down and the fact that it looks so untidy is intentional, even the dead wood, which is left for microorganisms and insects. It is a primeval forest that develops over 10, 20 years, just as it would naturally do at this latitude.

The far north of Germany is also more than just beaches, dikes and lighthouses. Philipp Queiser from Schleswig-Holstein Tourismus even compares the jungle-like landscape around Lübeck with that of the Amazon.

Man: The Wakenitz flows from the Ratzeburge Lake on the right side of the Trave to Lübeck and because of its untouched nature that is like a primeval forest, the small river has come to be called the Amazon of the North. What does it look like? Like the Amazon: You see green all around you and in the middle there is a lot of water. There are no rapids, but instead there are water lilies and irises. There are passages along the Wakenitz that are reminiscent of the swamps of the southern states of the US.

And anyone who thinks the American Space Center in the swamps of Florida is the only center of international space travel has not yet been to Bremen, says Maike Bialek from Wirtschaftsförderung Bremen.

Woman: This is where the European part of the International Space Station was assembled – the upper level of the Ariana rocket. We have great companies, some of which you can visit, that research space and create exciting things like small planetary rovers. A rover is a small vehicle that travels around in space on a comet and takes rock samples.

Even the Town Musicians of Bremen wanted to reach for the sky. The largest Trojan horse in the world, however, is in the Hanseatic town of Stendal in the Altmark region, says Barbara Weinert-Nachbagauer from Sachsen-Anhalt Tourismus.

Woman: It is built of wood and it is huge: about 16 meters tall, 13 meters long and almost 10 meters wide. You can walk inside and feel like you are in ancient times, entering unknown territory. The Trojan horse stands in the family and children’s park of the Winckelmann Museum and it really is eye-catching.

Visitors should also see the Bergisches Land region up close. Because it is so hilly, the city of Wuppertal, which has a total of 517 stairways, is the city with the most stairways in Germany, explains Silke Dames from Tourismus NRW.

These really capture your attention! For example, there is the Holstein Staircase, an open stairway from the beginning of the 19th century. It is now bright and colorful: the steps were painted blue, pink and green, and it has become a real Instagram pilgrimage point. Another stairway is Tippen-Tappen-Tönchen. It connects the Ölberg and the Luisenviertel districts. It is definitely worth a visit!

These help you get from one point to another without a car. Everyone knows that hikers and cross-country skiers are also welcome in the Thuringian Forest, but Thuringian sports journalist Katja Bauroth has a truly underground secret tip for cyclists in Kamsdorf, a district of Unterwellenborn.

OST Katja Bauroth: Mine for bikers

Woman: There is a disused mine there. Biking fans have the opportunity to ride through the tunnels on mountain bikes or, lately, also electric motorcycles. They can do this, for example, with professional guides and the best equipment. It’s a lot of fun, and I think it’s something very special about Thuringia.

What is very special in Frankfurt am Main is of course the largest German airport, the stock exchange and frankfurters. But few foreign visitors know that the Hessian capital has the newest old town in the world, according to Herbert Lang from Hessen Tourismus.

Man: After the Second World War, Frankfurt was very badly destroyed. Until then there was one of the largest and most beautiful half-timbered complexes in Frankfurt, and in the early 2000s the old town was rebuilt. It’s exciting because there are 15 reconstructions that remain true to the original buildings and there are also 20 new buildings, so it’s quite an exciting mix – and that’s why it’s the newest old town in the world.

The old town of Görlitz in Saxony, in contrast, is the largest contiguous landmark area in Germany, with more than 4,000 listed buildings from five different eras, explains Veronika Hiebl from Tourismus Marketing Gesellschaft Sachsen.

Woman: The entire city center is a single monument. Many of the tall buildings in the city center, cultural institutions and also department stores are listed buildings and reflect the five different eras spanning centuries. They have been beautifully restored. This is what makes it so fascinating to stroll through the old town of Görlitz.

If you’re looking for a good time after a walk through the city, you’ll find it in Brandenburg. This is because every year the state-recognized resort of Werda-Havel near Potsdam hosts the largest folk festival in the eastern states of Germany. Patrick Kastner from Reiseland Brandenburg invites you to the tree blossom festival.

Man: The Tree Blossom Festival takes place at the start of spring. In Werder this is five days earlier than in the surrounding area, because there is a very mild climate there and the northernmost licensed vineyard in the world. People sit on wooden benches in the orchards and enjoy the many products of the region. You can go on tours by horse-drawn carriage. It is a well-rounded experience, especially because of the beautiful historic old town and its location by the water.

After all, did you know what the city name Werder means? Island on the river.