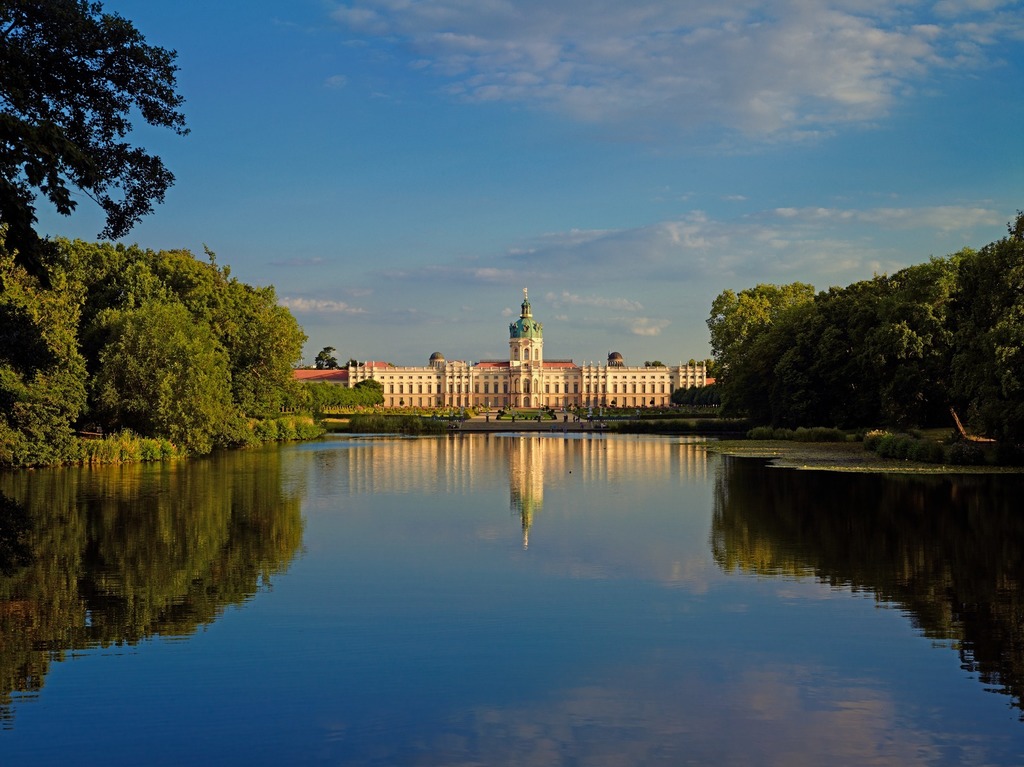 Prussia’s Magnificence in a Single Ensemble

Charlottenburg  Palace is – with the Old Palace and the New Wing – the largest and most  significant palace complex in Berlin stemming from the former  Brandenburg electors, Prussian kings and German emperors. It was among  the favorite retreats of seven generations of Hohenzollern rulers, who  repeatedly redesigned individual rooms with luxurious interior décor  while also having sections of the gardens transformed into royal  grandeur.

Today, the shifting tastes of the palace’s many  residents and the changing requirements for ceremonial and private use  can be traced from the Baroque period to the early 20th century.  Following severe damage in World War II, the palace was largely rebuilt  and refurnished. The former summer residence is now one of the most  important attractions in the German capital.

The palace offers  interiors and halls whose arrangements are faithful to the originals,  impressive suites and exceptional art collections of outstanding  masterpieces. The Porcelain Cabinet, the Palace Chapel ans the  bedchamber of Frederick I are among the highlights of the magnificent  Baroque parade apartments in the Old Palace that had been built in 1700  with its crowning towers. This construction of the central structure of  the large palace complex was commissioned by the clever and art-loving  Queen Sophia Charlotte and her husband Frederick I.

Certified in the period