New ideas within ancient walls: More than simply relics of great eras, some German castles and palaces are also synonymous with ideas that have had a decisive influence on the world. History is brought to life here in many facets.

The birthplace of democracy: Hambach Castle

The black-red-gold flag was once a symbol of the battle for democracy, freedom, international peace and national unity. It was raised for the first time at the imposing Hambach Castle on the German Wine Route. In May 1832, around 30,000 people climbed the castle hill for the "Hambach Festival", calling for freedom and popular sovereignty and flying the black-red-gold flag from the highest pinnacle of the tower. This event laid the foundations for the establishment of German democracy. A permanent exhibition in Hambach Castle provides answers to questions on this topic with fascinating media and activity stations for all ages. The original flag is also on display here. 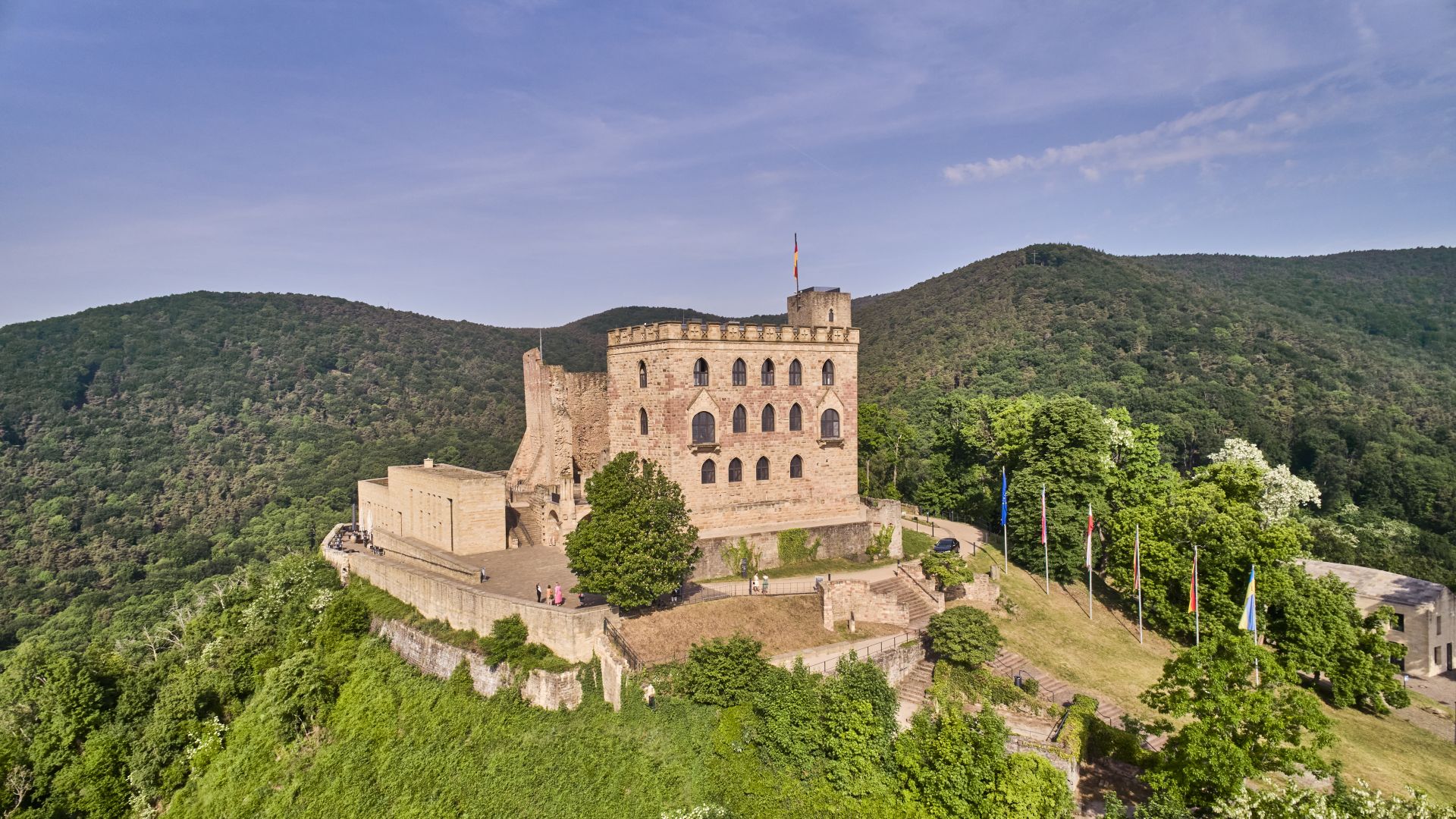 The birth of a successful idea: the world's first youth hostel

One of Germany's most beautiful hilltop castles, Altena Castle occupies a picturesque location high above the town of Altena in North Rhine-Westphalia. The castle is renowned as the birthplace of an idea that travelled all over the world. This became the site of the world's first permanent youth hostel in 1914. Around twenty years later, the hostel moved to the lower castle courtyard, where modern-day travellers can still find budget accommodation today. Visitors can view the original rooms of the first youth hostel, including the kitchen, during a ride on an "adventure lift" rising vertically through the rock for 60 metres and providing insights into 900 years of castle history at six stations. 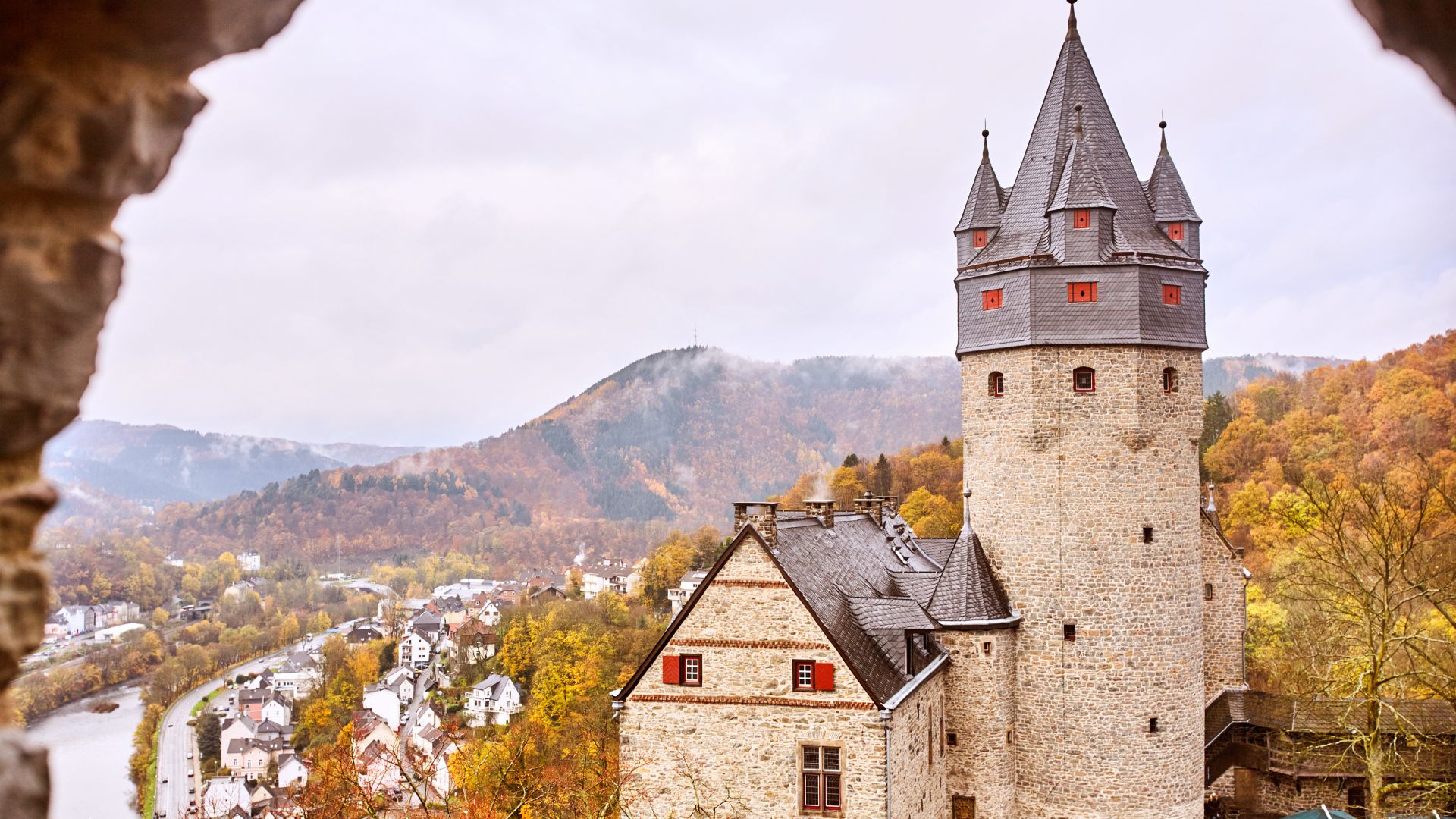 Altena: Altena Castle in autumn with a view of the River Lenne ©AdobeStock (netforever)

Cecilienhof Country House: a symbol for the end of the Second World War

The ensemble of buildings in the style of an English country house has an idyllic and peaceful feel, yet this was the site of one of the most important historical events of the 20th century. In the summer of 1945, just a few weeks after the end of the Second World War, Cecilienhof Country House near Potsdam was the site of a meeting of the victorious powers – US President Harry S. Truman, British Prime Ministers Winston Churchill and Clement Attlee and Soviet Head of State Joseph Stalin. The Potsdam Conference marked the end of the Second World War and at the same time the start of a new Cold War between East and West. The nearby former inner German border installations are therefore also indirectly part of the palace's history. Numerous historical photographs give visitors to the original site lots of background information about the Potsdam Conference. 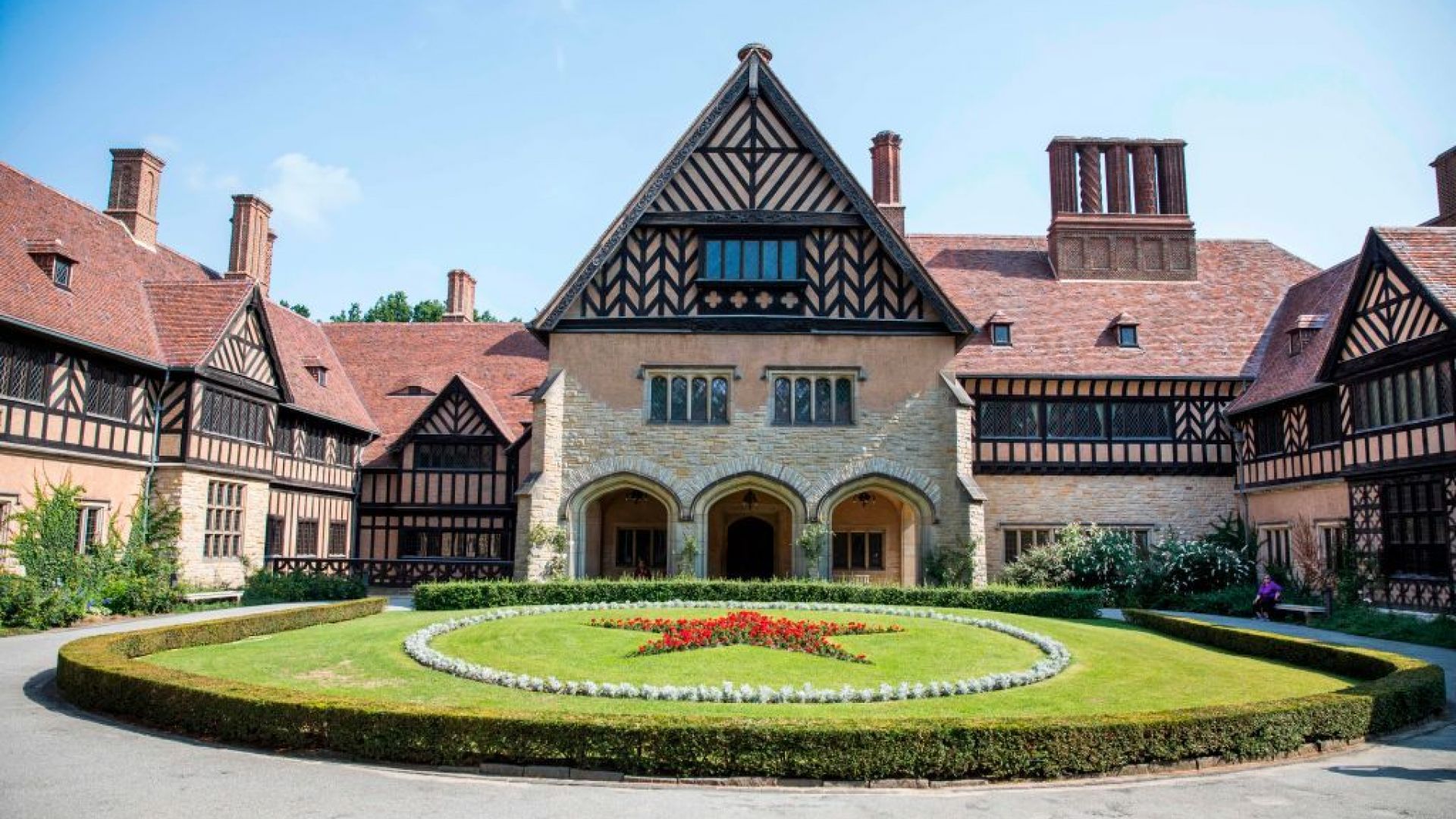 The regal Thurn und Taxis Palace on the southern outskirts of Regensburg's Old Town was not always a noble residence. It was only in the 19th century that the former Benedictine cloister of St. Emmeram became the family home. But the Thurn und Taxis family had been very influential even prior to this, as the inventors of the postal service. The origins were a courier service operated by the dei Tasso family for the Republic of Venice and later for the popes. In 1490, Francesco de Tasso (Franz von Taxis in German) then launched the European postal service on the orders of the Emperor and the von Taxis held the courier monopoly until the takeover of postal rights by Prussia in 1867. Today the family – including two Princesses – organises events at Emmeram Palace, including summer concerts and a Christmas market. 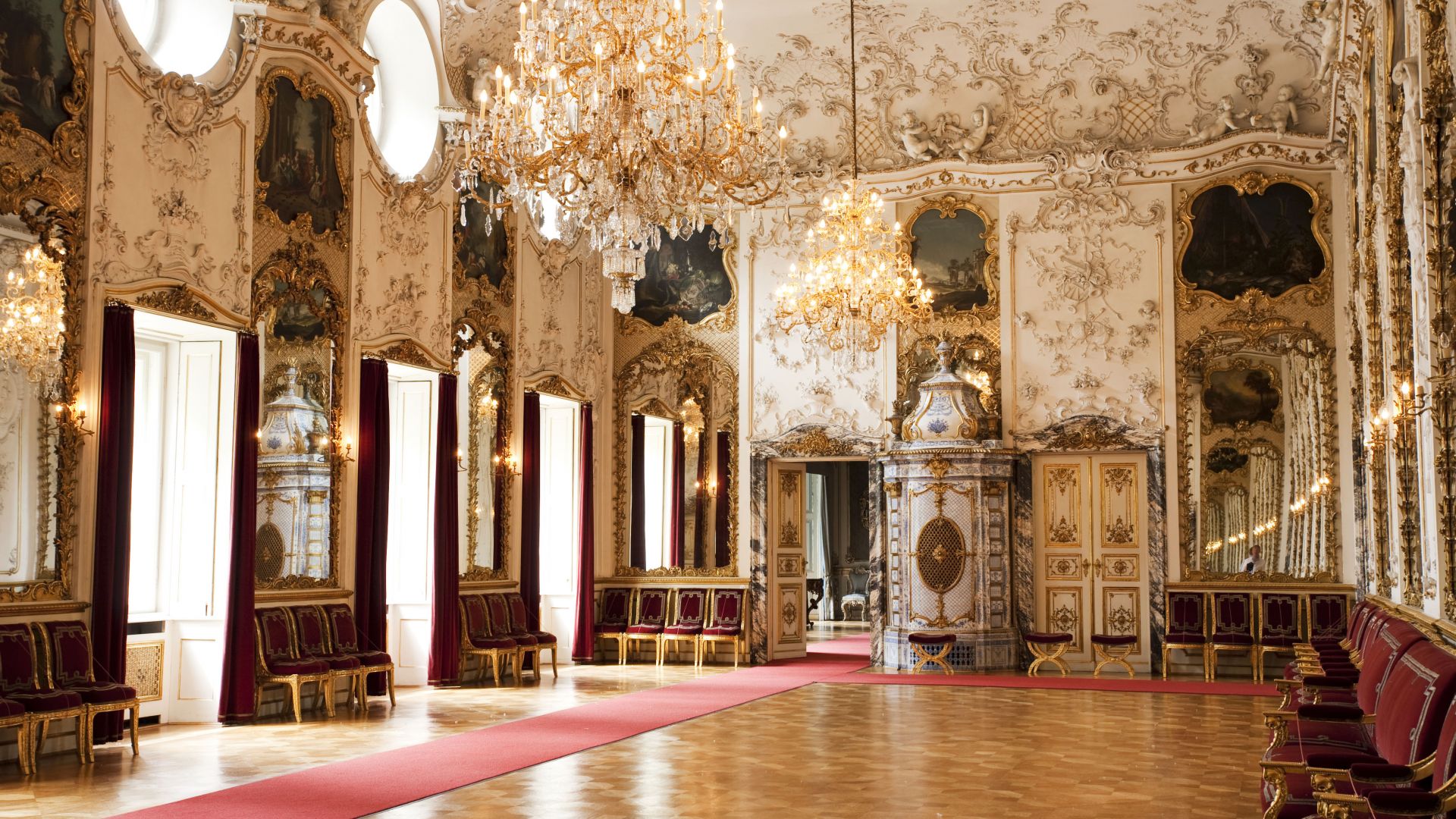