Floral motifs, rounded bay windows, clinker brick mouldings: Art Nouveau buildings are still eye-catching today. We will reveal where they can be found. 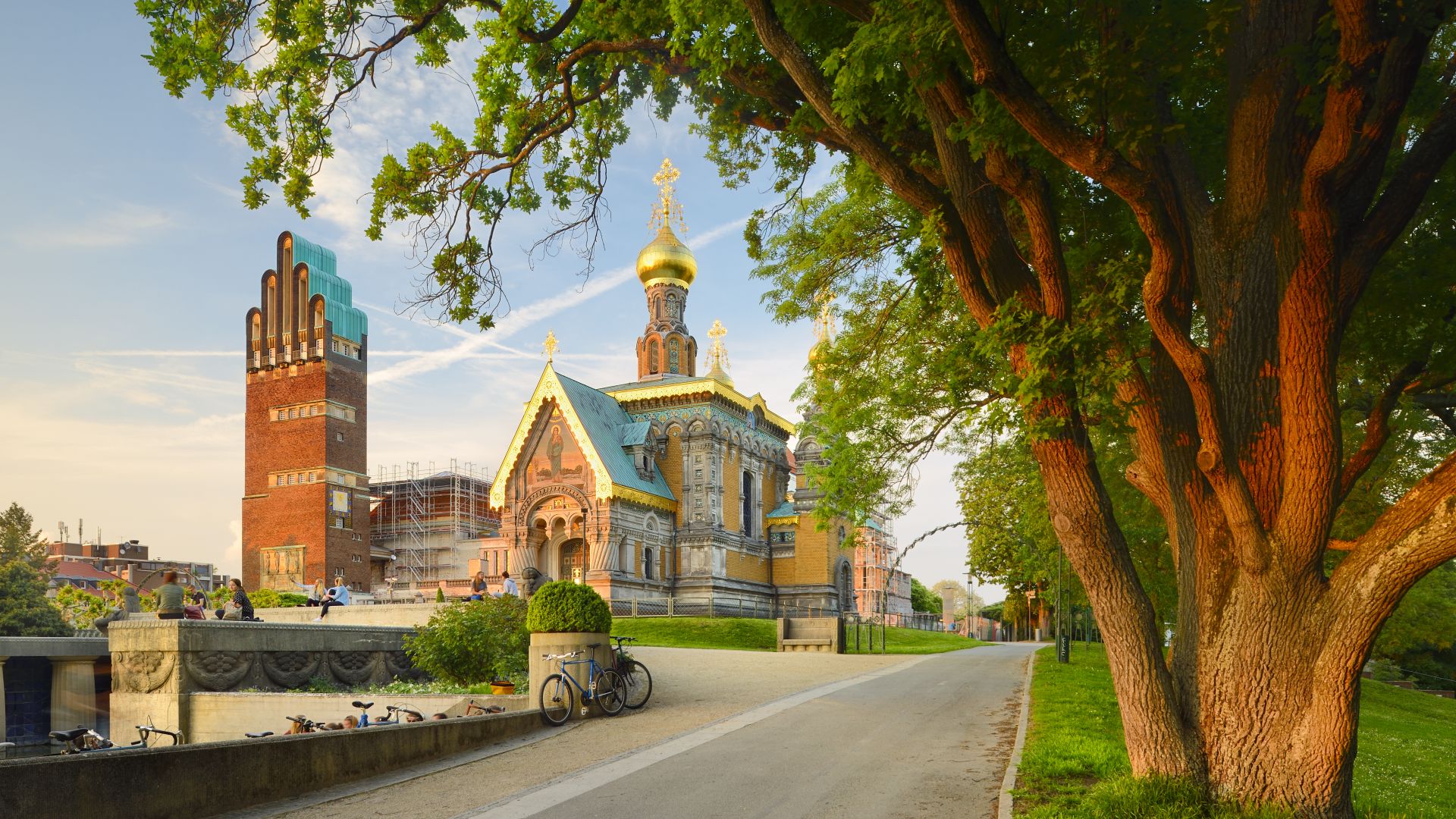 The Hessian town of Darmstadt is one of the major architectural centres of Art Nouveau style. In particular, Mathildenhöhe, founded in 1899 as an artists' colony, is regarded as an outstanding example of visionary design. Here, pioneering work was carried out by artists and architects working at the crossroads of Art Nouveau and Modernism. For that reason, the German UNESCO Commission included it in the list of world cultural heritage sites in 2021. The artists' colony originally consisted of 23 members. They built up to 1014 different buildings in Art Nouveau style, many of them on the Mathildenhöhe. Another must-see besides the Hochzeitsturm (Wedding Tower) are the Art Nouveau Baths, where you can still swim today. 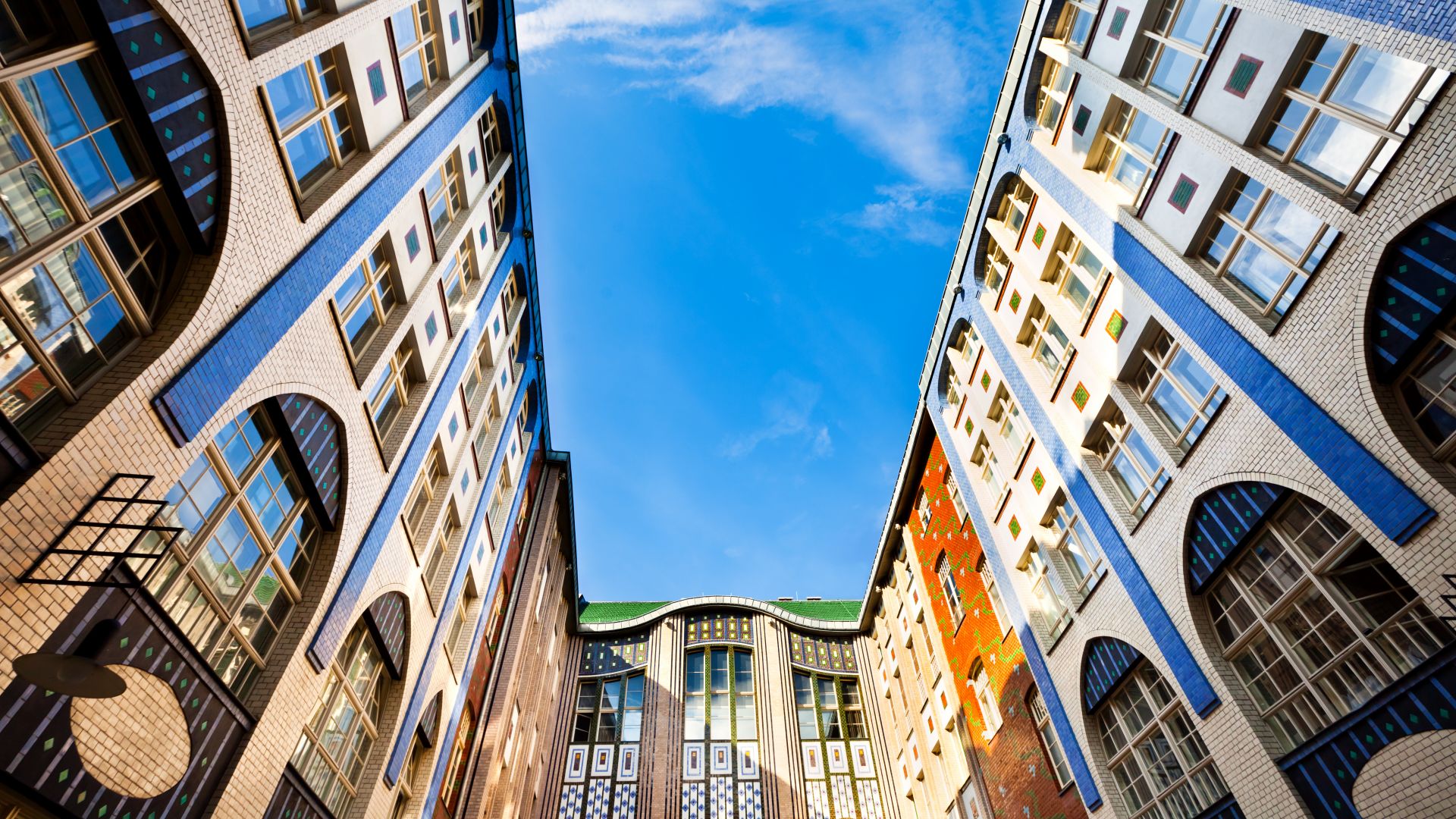 This style was known as Jugendstil only in Germany; in other countries it was called Art Nouveau. It is also possible to spot these buildings with their typical curved shapes and lavish ornamentation in the German capital: Stadtbad Steglitz, for example, is particularly beautiful with its filigree ocean motifs. Also worth seeing is the Littenstrasse District Court as well as the Mexikoplatz railway station, the Hebbel Theatre, the Jandorf department store, the Karl Schrader House in Wedding and, of course, the famous Hackesche Höfe building complex. 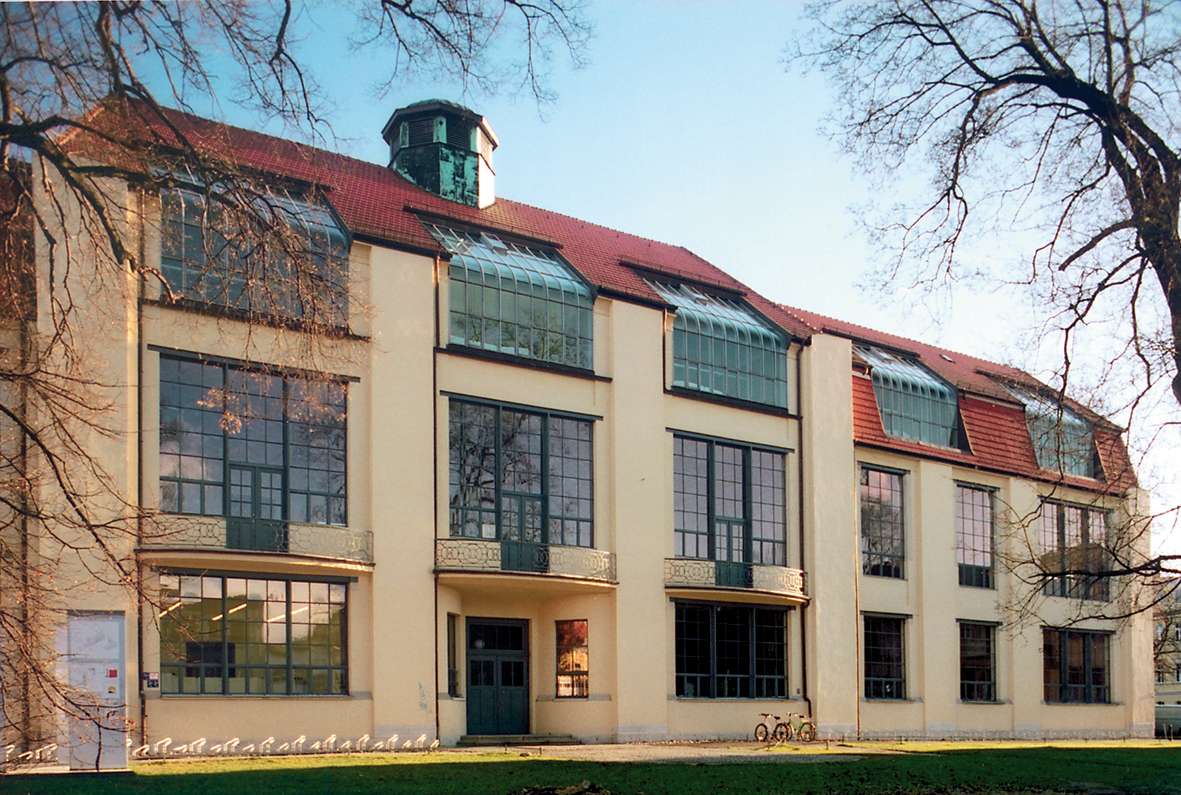 The city of Weimar in Thuringia is actually the centre of modern and minimalist architecture: after all, the famous "Bauhaus" school of art, design and architecture was founded here in 1919 under Walter Gropius. Nevertheless, examples of Art Nouveau can clearly be found in Weimar. The Bauhaus main building itself, for example, can be attributed to the late Art Nouveau period. Also in Weimar is an angular building called the Winkelbau, built by the famous Art Nouveau architect Henry van de Velde in 1902. Van de Velde is considered to be the most important representative of Art Nouveau and the building has since been extensively renovated. Other Art Nouveau gems include the Hansahaus, as well as several buildings in Humboldtstrasse, Erfurterstrasse and Cranachstrasse.

Henry van de Velde, as one of the most important representatives of Art Nouveau but also a co-founder of the Bauhaus, likewise left his mark in Chemnitz with the extraordinary Villa Esche. The overall artistic concept encompasses everything from the garden fences to the tableware. Large parts of this important monument to Art Nouveau have been preserved to this day and are open to visitors. Likewise built by van de Velde: the Villa Körner and the Villa Quisisana. Finally, it is worth mentioning the Kassberg in Chemnitz, where you will find the largest contiguous Art Nouveau and Wilhelminian style residential area in Europe. 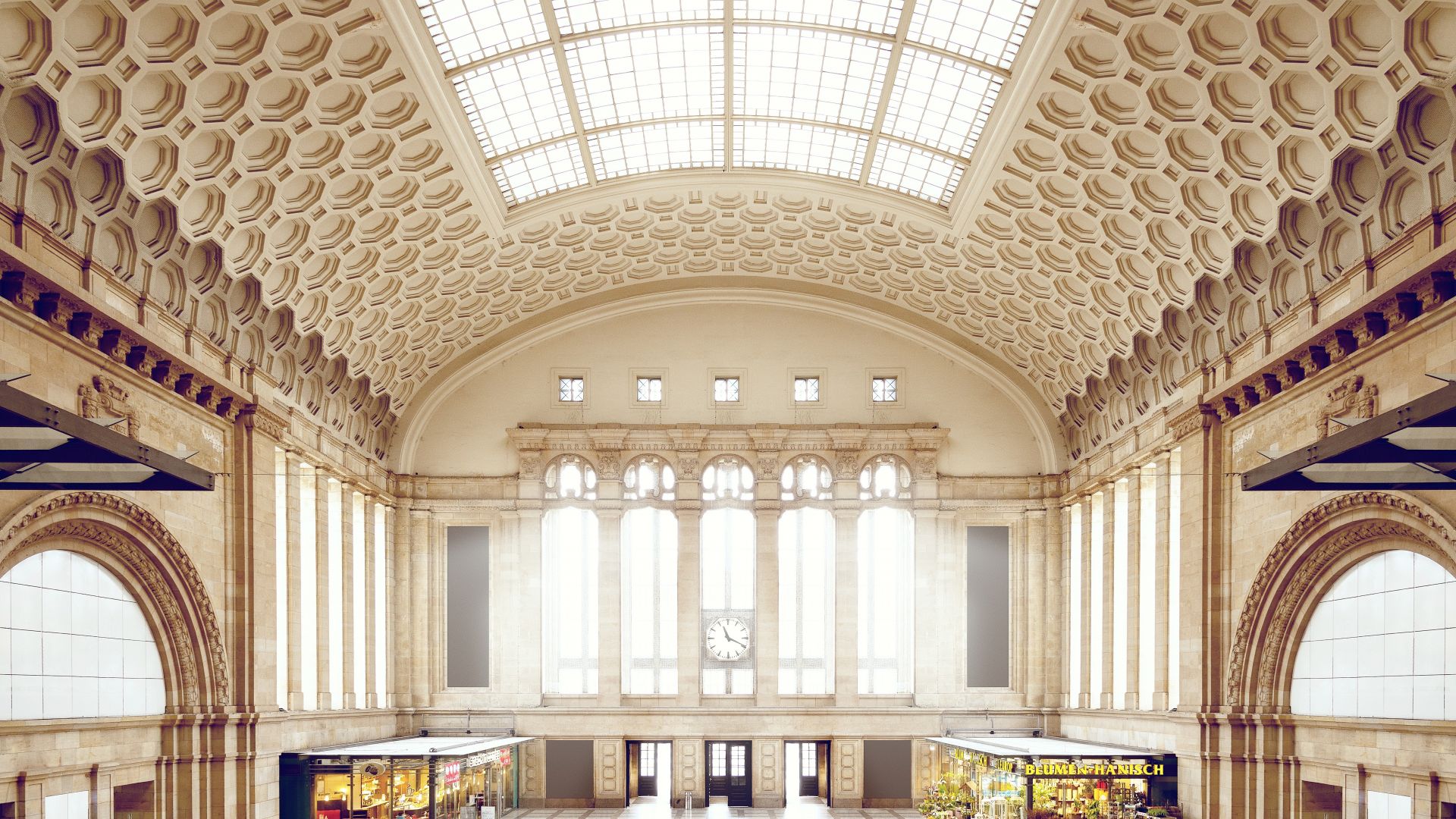 Anyone who is enthusiastic about Art Nouveau should definitely also pay a visit to the city of Leipzig. There is a large collection of Art Nouveau buildings here, although they are often less ornate. They can be found in the districts of Gohlis, Plagwitz, Leutzsch as well as in Stötteritz and the Waldstrassen district. The buildings in Peterstrasse and the Adler Apotheke in Hainstrasse are also well worth seeing. The Art Nouveau style interiors of buildings are beautifully demonstrated within the New Town Hall or at the Leipzig Central Station ticket halls. 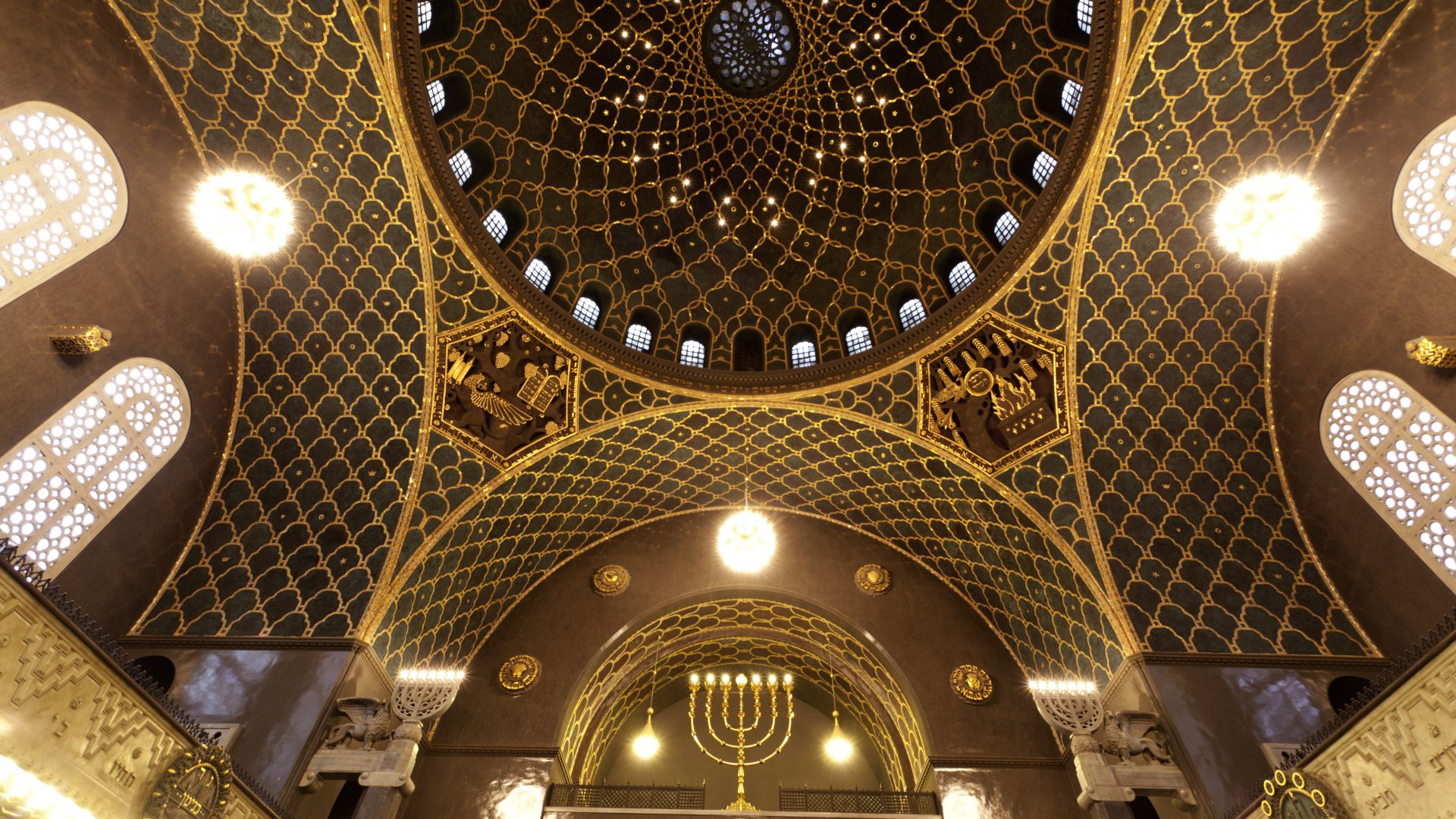 Augsburg is considered a Renaissance city. However, the Art Nouveau style also shaped the face of this Bavarian city from the end of the 19th century until the First World War. These include, for example, the synagogue in Augsburg as well as the city swimming pool, and the Sacred Heart Church in Pferse, arguably Augsburg's most beautiful Art Nouveau jewel. Further examples include the Beethoven and Prinzregenten quarters, and the Garden Cities. 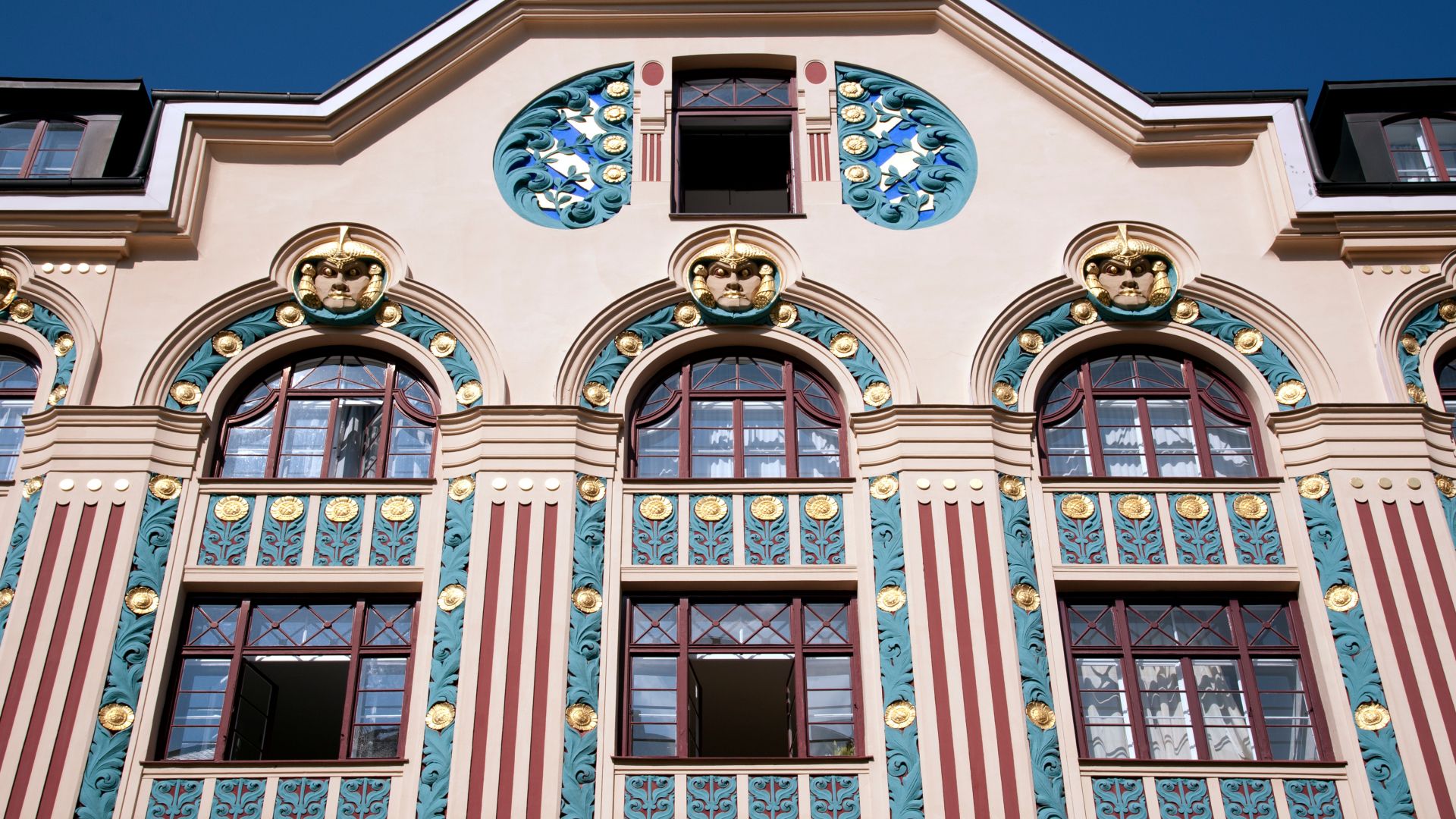 In 1896, the illustrated cultural magazine "Die Jugend" was founded in Munich, and subsequently gave its name to the German Art Nouveau movement: Jugendstil. To this day, many buildings still stand as testimony to the once fashionable style. These include the Münchner Kammerspiele as well as Müllersches Volksbad. Numerous Art Nouveau apartment buildings can be found particularly in the Schwabingen district, for example in Leopoldstrasse, Franz-Joseph-Strasse or Elisabethenstrasse, as well as at number 22 Ainmillerstrasse. This is home to a real Art Nouveau showpiece, a brightly coloured building divided into striking arches, which was built around 1900 by Felix Schmidt. A particularly noteworthy building can be found in Gedonstrasse; this masterpiece was designed by Martin Dülfer. 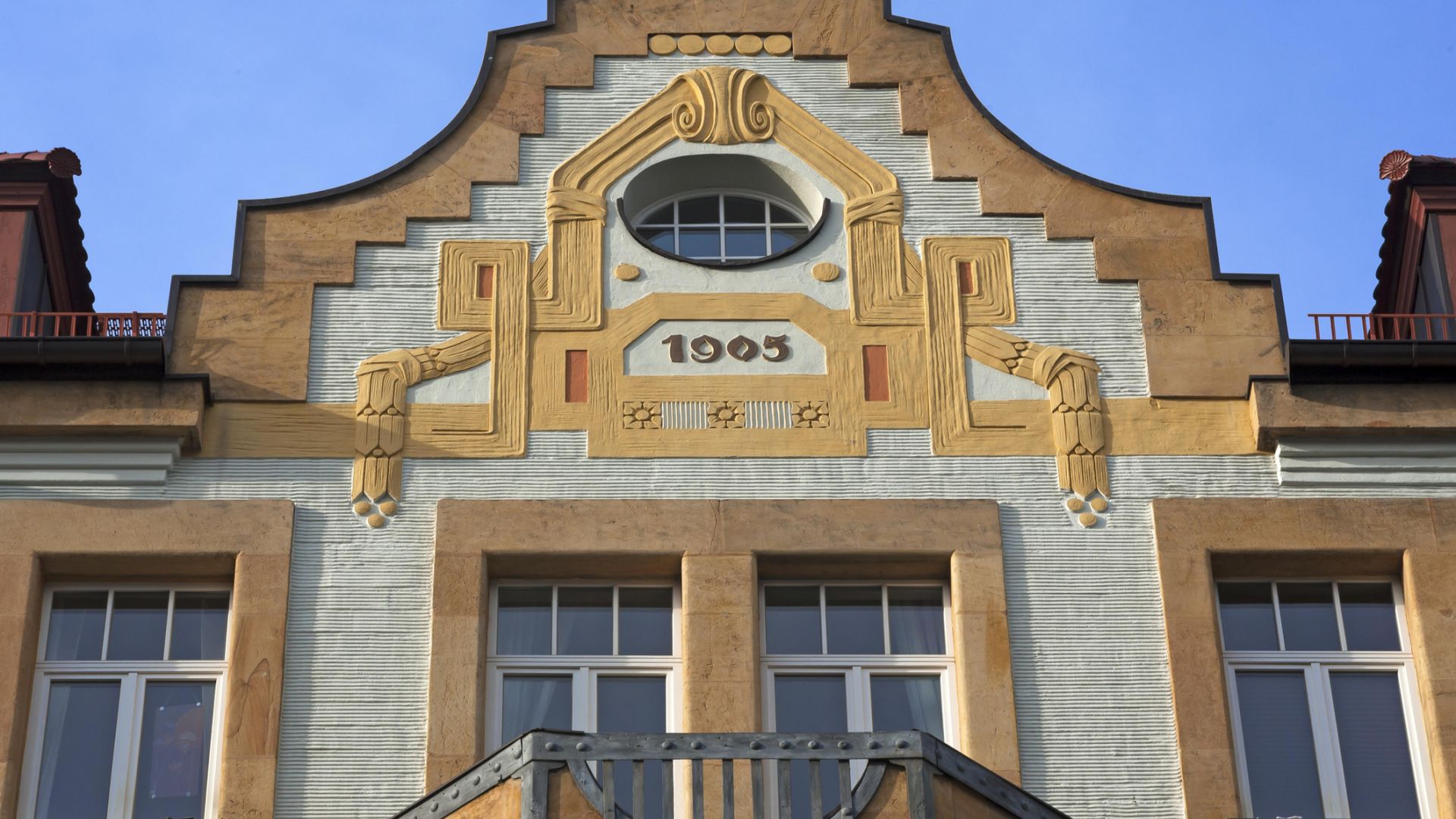