A huge beach, nostalgic industrial heritage and a massive crater from prehistoric times: come with us on a trip beyond the tourist hotspots in Germany. Our off-the-beaten-track highlights. 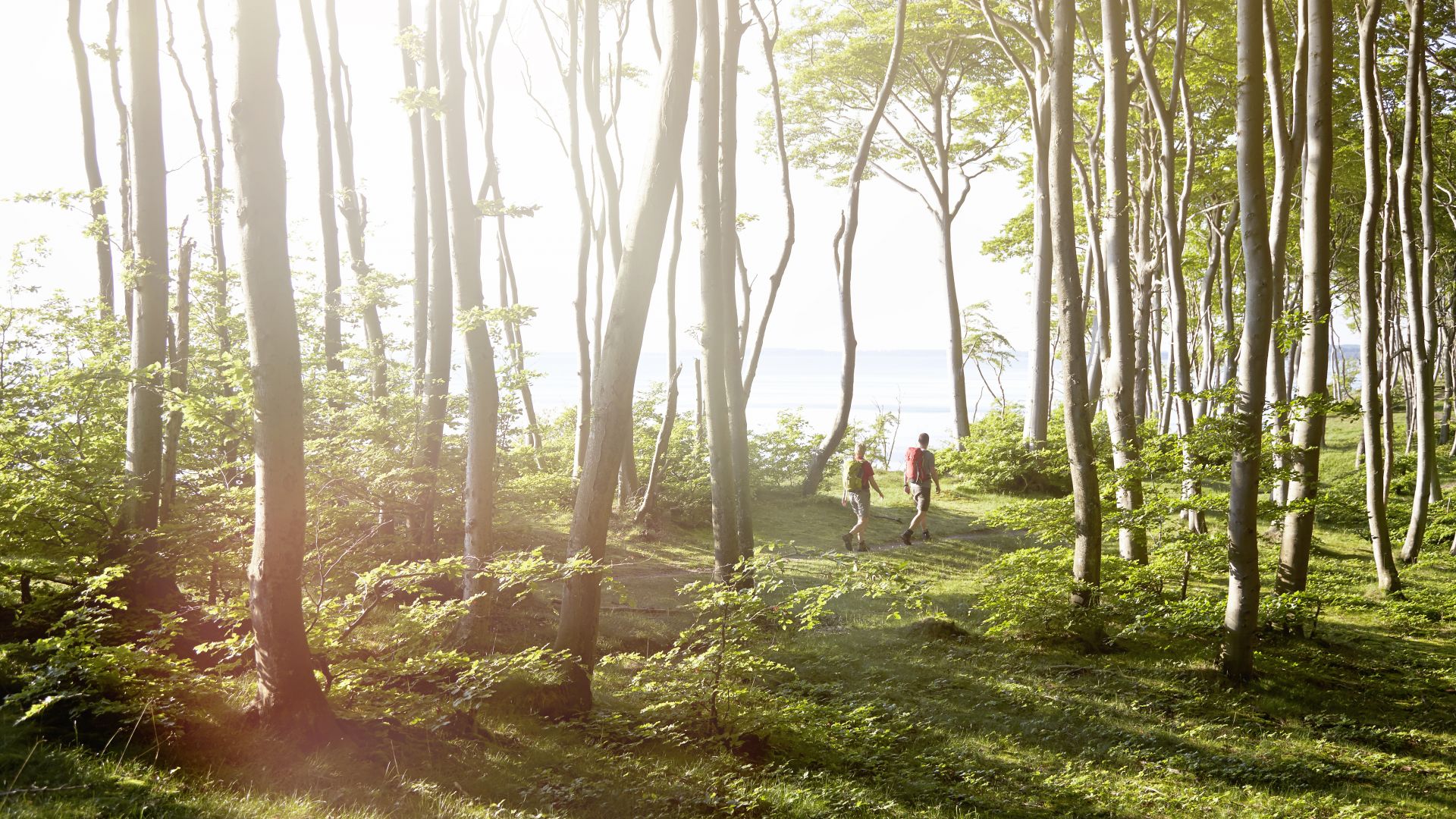 A deserted beach in the height of summer? A clear view of the starry night sky, just like in the desert? A solitary stroll through a cool beech forest? Germany has much more to offer than Oktoberfest, Neuschwanstein Castle and hipster Berlin. And best of all: it doesn't take much to find this different side to Germany. You're never very far from a hidden gem. 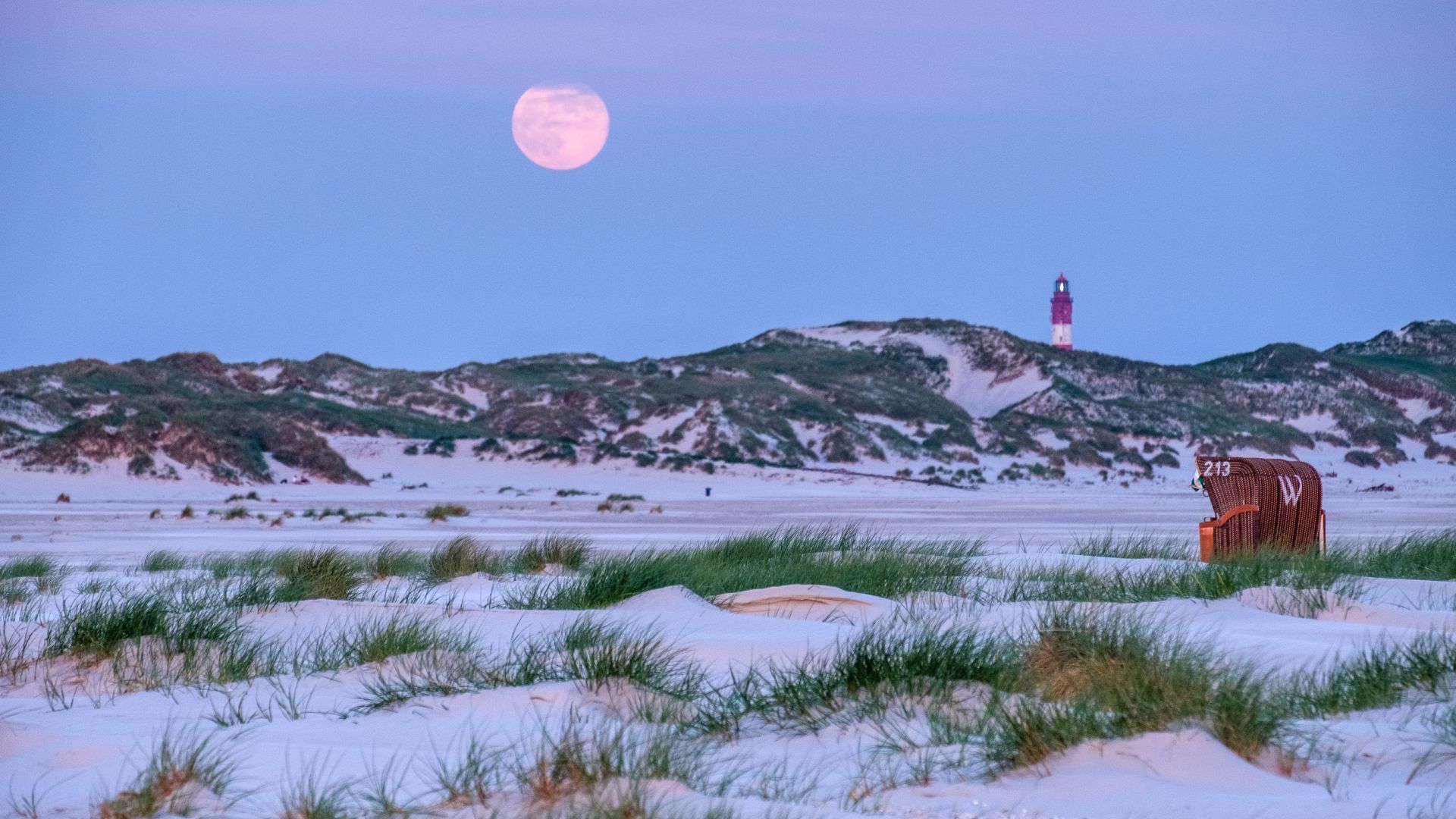 Off we go to the mudflats of northern Germany. The island of Amrum. is situated in Schleswig-Holstein Wadden Sea National Park, a UNESCO World Heritage Site. Mudflat hikes are exciting enough, but then there's Kniepsand, Europe's largest sandy beach. There is always a secluded spot to place your towel, even in the height of summer.

Vikings and the cool beech forest 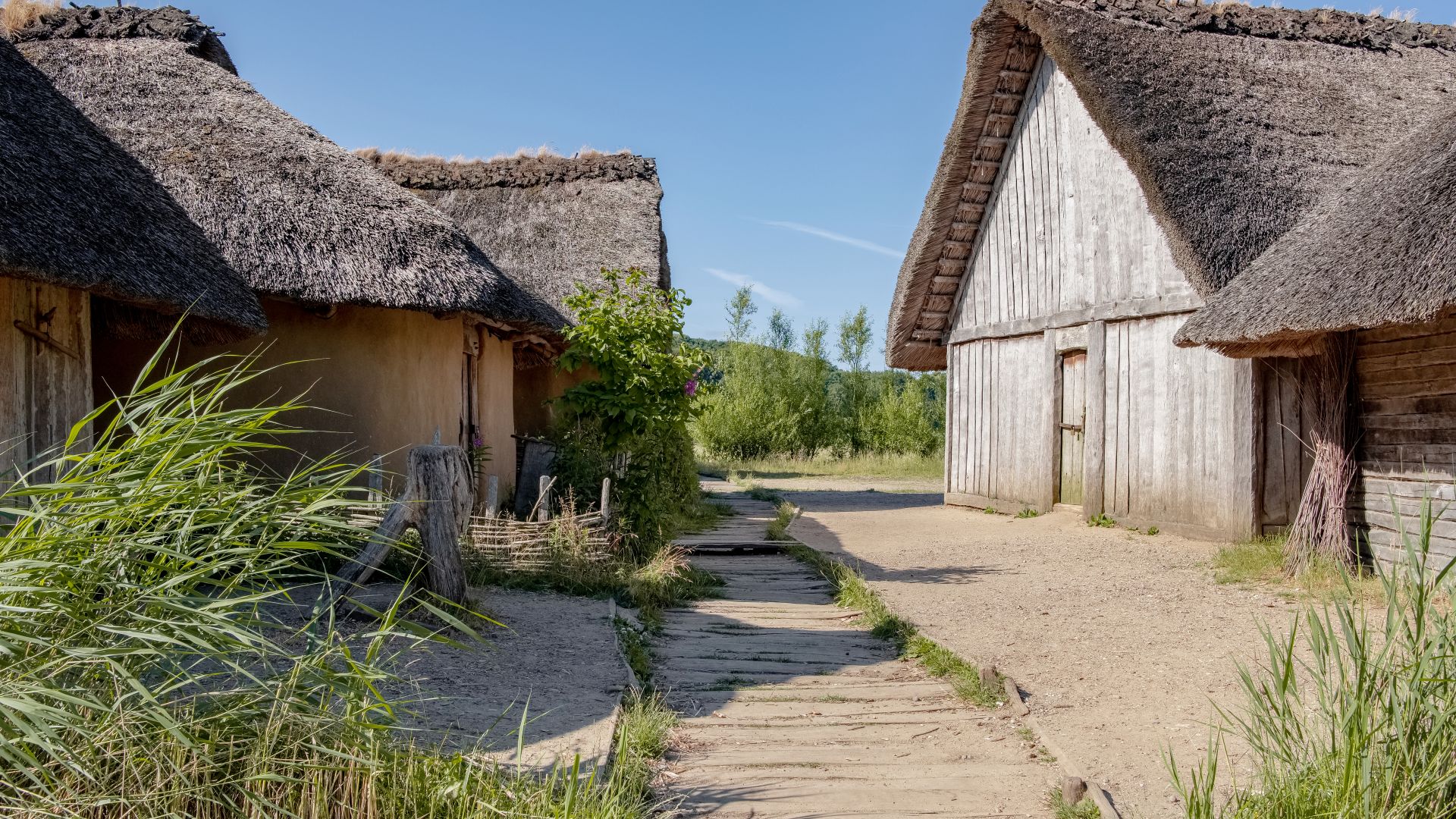 The town of Schleswig is also located in Schleswig-Holstein. The small town on the Schlei inlet dates back to the 9th century. The Vikings used to live in the region, and they expanded their settlement into a gigantic stronghold: Hedeby. Many Germans are unaware of this heritage from the Norse people – the region first became German territory in 1864. Merchants from all over the world met here between the 8th and 12th centuries. Often fought over, Hedeby was ultimately destroyed. The Viking Age lives on today in a village of reconstructed huts. Hedeby was added to the list of UNESCO World Heritage Sites in 2018.

Our quest for insider tips now takes us to Uckermark in Brandenburg, a district to the north of Berlin, where a mystical wood awaits: Grumsin Forest, one of the world's largest continuous beech forests. In 2011, parts of the forest were included in the Ancient and Primeval Beech Forests of the Carpathians and Other Regions of Europe UNESCO World Heritage Site. A 20-kilometre circular route takes walkers to hidden lakes and moors via an ancient forest path. This is a lovely and cool place to be in summer. 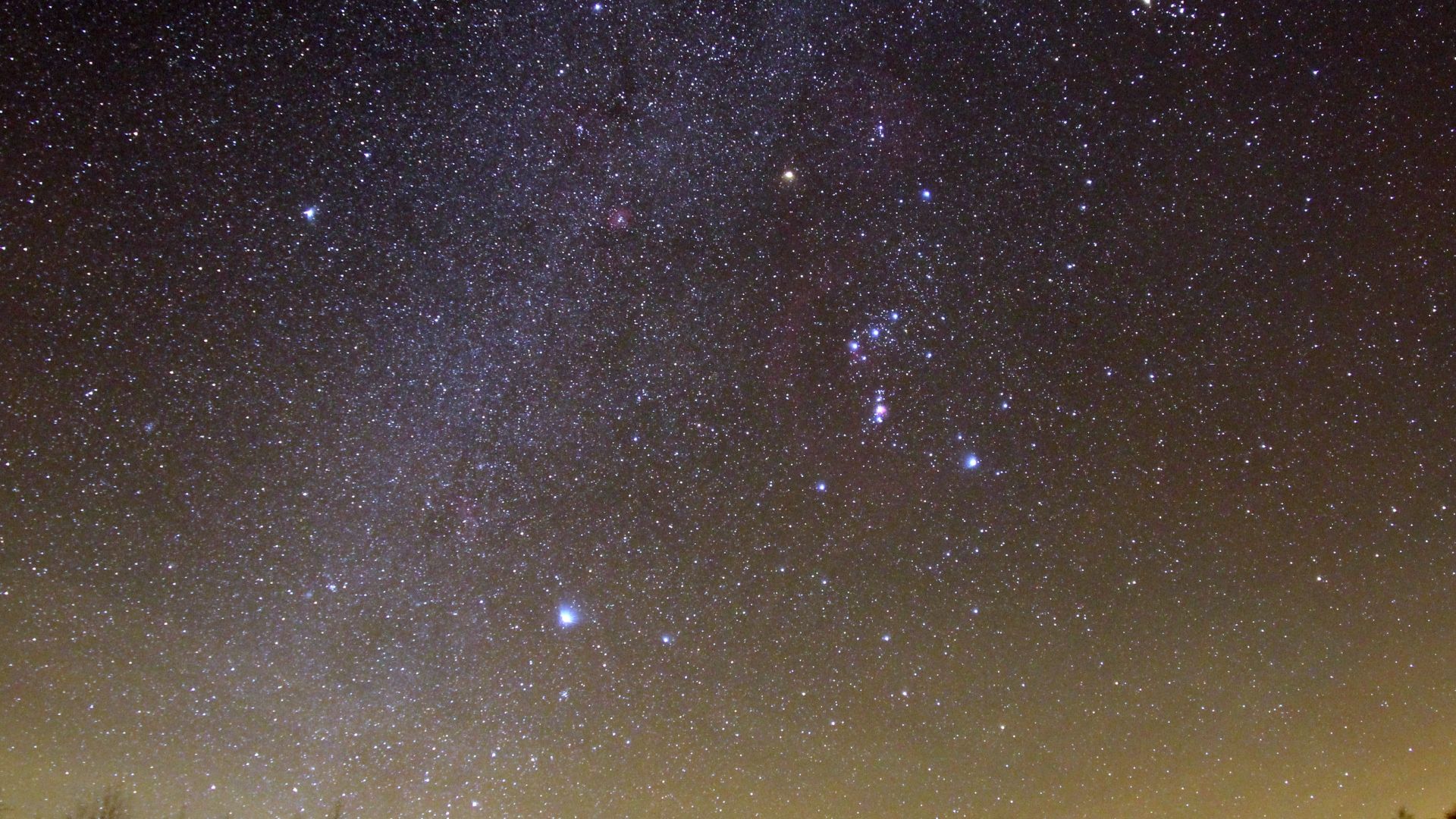 Next stop: Gülpe in Westhavelland Nature Park near the Elbe river. Until 1990, just under 100 kilometres of the river marked the border between East and West Germany. The region is still just as sparsely populated today – perfect for stargazing. There is hardly any industry, street lamps or any other form of artificial light to tarnish the view of the night sky around Gülpe, making it the darkest place in Germany. Whether you want to spot shooting stars or the lunar eclipse, there is no better place to gaze at the sky than the Dark Sky Reserve in Westhavelland. There are now other dark sky parks in the Rhön Mountains, the Eifel low mountain range and the Chiemgau Alps.

The Alps are impressive. Insider tip: the German Central Uplands even more so. Here too, you can hike without seeing another soul. The Elbe Sandstone Mountains in Saxony with their table mountains, pinnacles, gorges, rivers and forests are particularly appealing, and they just so happen to be a climbing paradise that holds its own as the alleged birthplace of free climbing. More than 1,000 free-standing sandstone rocks can be scaled here. You can book lessons in climbing schools from Bad Schandau right through to Königstein. 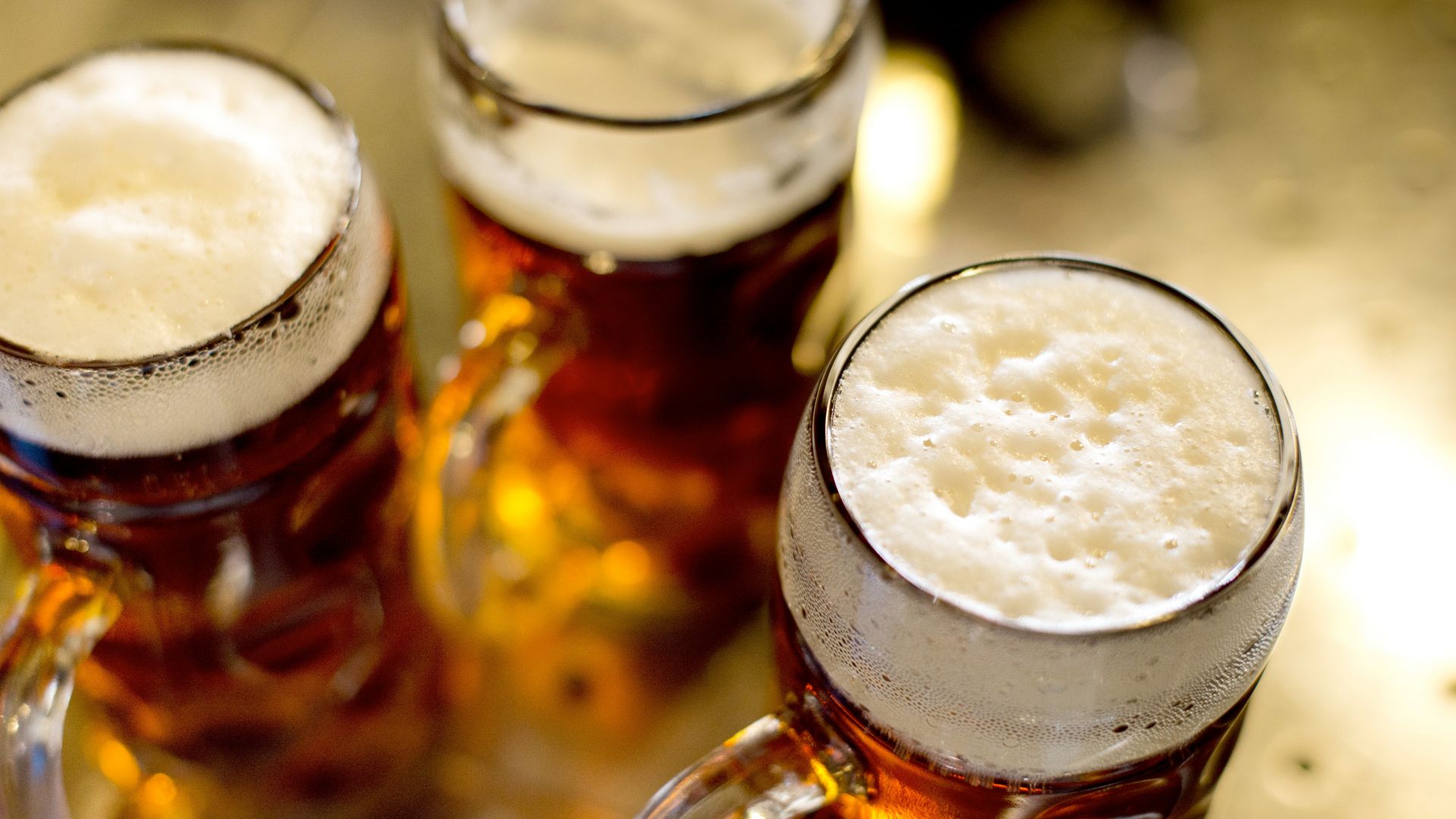 It's no secret that the Germans brew an abundance of beer. But have you heard of smoked beer? This liquid delicacy, which smells a little like smoked meat, comes from Bamberg. Several breweries in the town in Upper Franconia, Bavaria still make their beer today using traditional recipes – a practice not found anywhere else. Back in the day, smoked beer was the only beer, as it only became technically possible to malt without the use of smoke through industrialisation. At any rate, there is an impressively high density of breweries here. There is a total of 60 in the vicinity, and they brew around 400 different beer styles. You can go on walks from brewery to brewery and learn how to make traditional beer on beer courses.

Nördlingen, a two-hour drive to the south of Bamberg, is the site of a catastrophic event in the Earth's history. Fortunately it was a long time ago. And yet the history is omnipresent, for the pure fact that Nördlingen is situated 150 metres deeper in the ground than the surrounding area, as the town was built in a crater.

A meteorite hit the Earth 14.5 million years ago at a speed of 70,000 kilometres per hour. It tore an impact crater 25 kilometres in diameter into the ground: the Nördlinger Ries, the best-preserved crater in Europe. Guided tours are available almost every day at Geopark Ries. You can also learn more about the impacts of this prehistoric cosmic encounter on Earth at the Ries Crater Museum in Nördlingen.

Museums and the Landscape Park 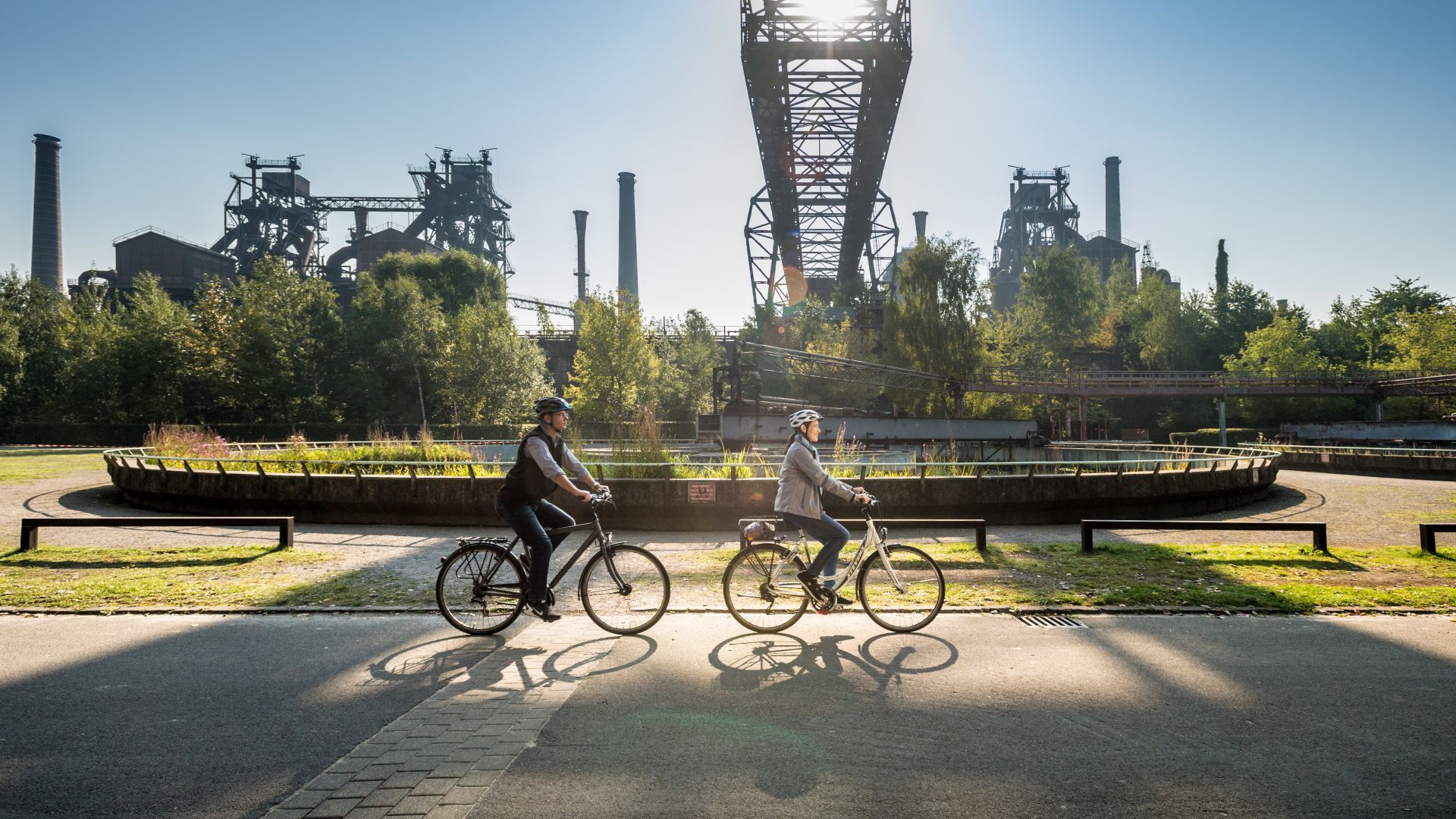 Museums and Germany is a special topic in itself, as there are around 6,800 throughout the country – something for culture lovers to celebrate. Museum Island in Berlin and Frankfurt's Museum Embankment boast a particularly high density of these institutions. But you will find lesser-known establishments among the crowd, including Berlin's Computer Game Museum, the German Emigration Centre in Bremerhaven, which documents the history of German migration using the fates of real-life families and the German Sports and Olympic Museum in Cologne, which showcases the world of sport, from the ancient world right through to the modern era. It tells stories of triumphant victories but also bitter defeats.

Or perhaps industrial heritage is your thing? Then we recommend Duisburg-Nord Landscape Park. The 180-hectare urban sanctuary in the north of the city of 500,000 inhabitants sprawls out around the disused Thyssen ironworks in Duisburg's Meiderich district, now a heritage-protected industrial monument. Raw iron was produced for the steel industry here from 1901 to 1985. On guided tours of an old blast furnace, visitors can see how the workers once grafted here.

The grounds boast gardens, meadows and waterways, which can be explored on foot or hired bicycle on a circular route steeped in industrial history. If you want a clear picture of the landscape park, the observation tower in Blast Furnace 5 is a great place to start. Not high enough for you? A climbing garden has been installed in a former charge bunker, while there is a high ropes course in a casting house. Or maybe you prefer being down low? In a flooded gasometer, Europe's largest artificial diving centre, you can put on your scuba diving mask and oxygen cylinder and discover a fascinating underwater world. You can also go wreck diving: a Trabant, the car brand most widely available in former East Germany, and the fuselage of a passenger aircraft have been plunged into the water here.

Who would have thought all this possible?