Do you need to go out into the desert for clear views of starry skies? Not at all. Stargazers can find great spots in Germany too. Come along with us and discover galactic objects lightyears away.

Space – endless expanses: the universe, with its myriads of stars, galaxies and planets, emanates an indescribable power that people have always attempted to feel and interpret. Isolated deserts, high mountains or remote islands are among the best places on earth for stargazing. But you don't need to leave civilisation entirely behind – a trip to Germany also has plenty to offer any amateur astronomer.

You do, however, have to venture beyond Berlin or Cologne, due to light pollution in large cities and urban conurbations. The light emitted by lots of streetlights, industrial facilities, billboards and a sea of houses impedes our view of the sky – our gaze is fixed in the dome of extraneous light. However, you're never far from a stargazing spot in the heart of nature. 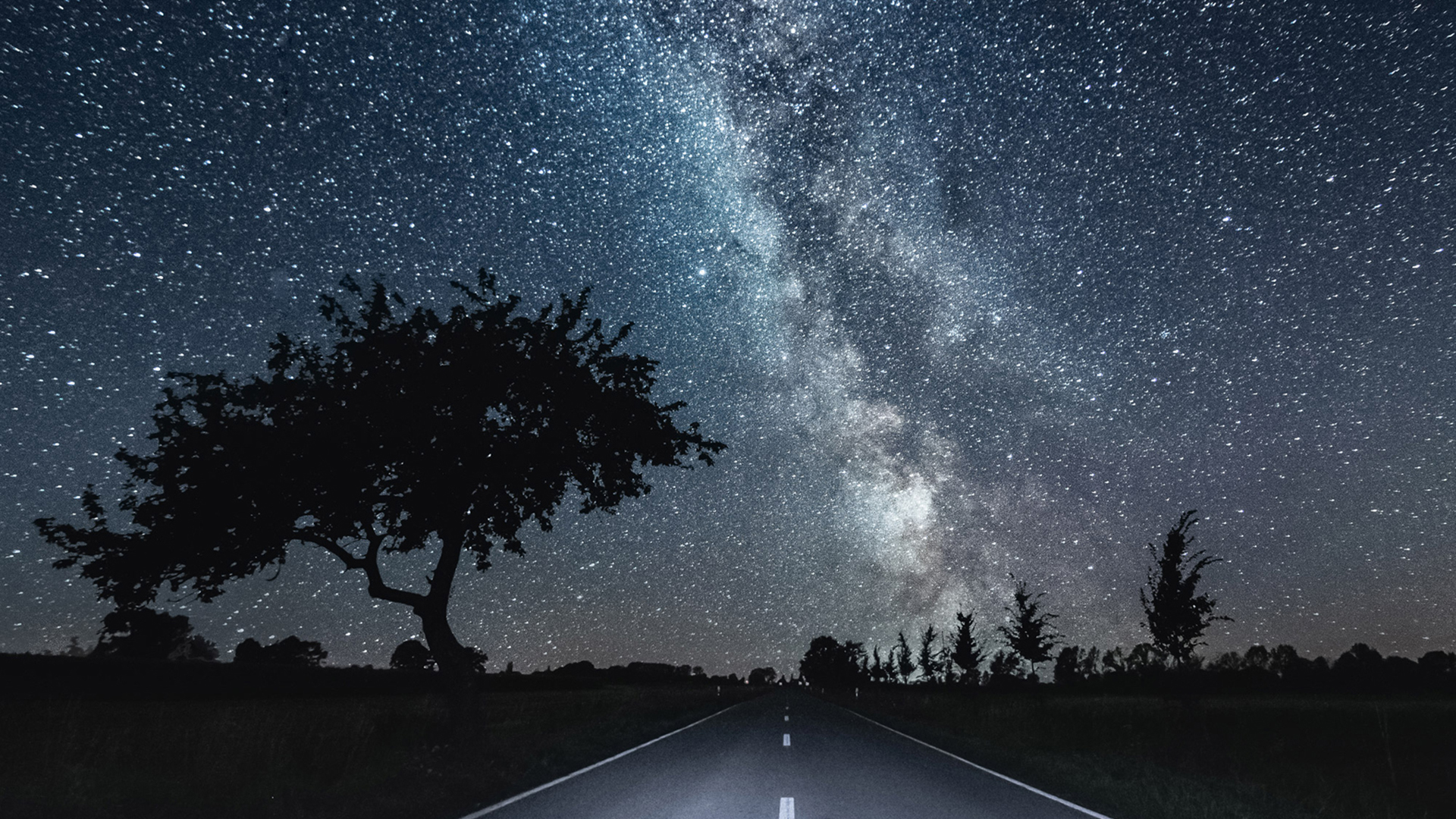 In sparsely populated Westhavelland, around 70 kilometres to the west of Berlin, you can even find one of the darkest spots in the whole country. Amateur astronomers are ideally catered for here, with guided tours and photography courses as well as astro-friendly accommodation with binoculars and telescopes.

And the sights you can spot on clear nights are amazing. As well being able to see the Milky Way with the naked eye, there's also a chance to observe the "airglow", faint light from higher atmospheric layers. The US non-governmental organisation International Dark Sky Association (IDA) designated Westhavelland Nature Park as Germany's first Dark Sky Reserve in 2014.

The darkest point is in the core area between the small towns of Gülpe and Nennhausen. Visitors can seek out nine marked observation points and from there view thousands of stars and planets, and with a little luck, perhaps some shooting stars and comets too. 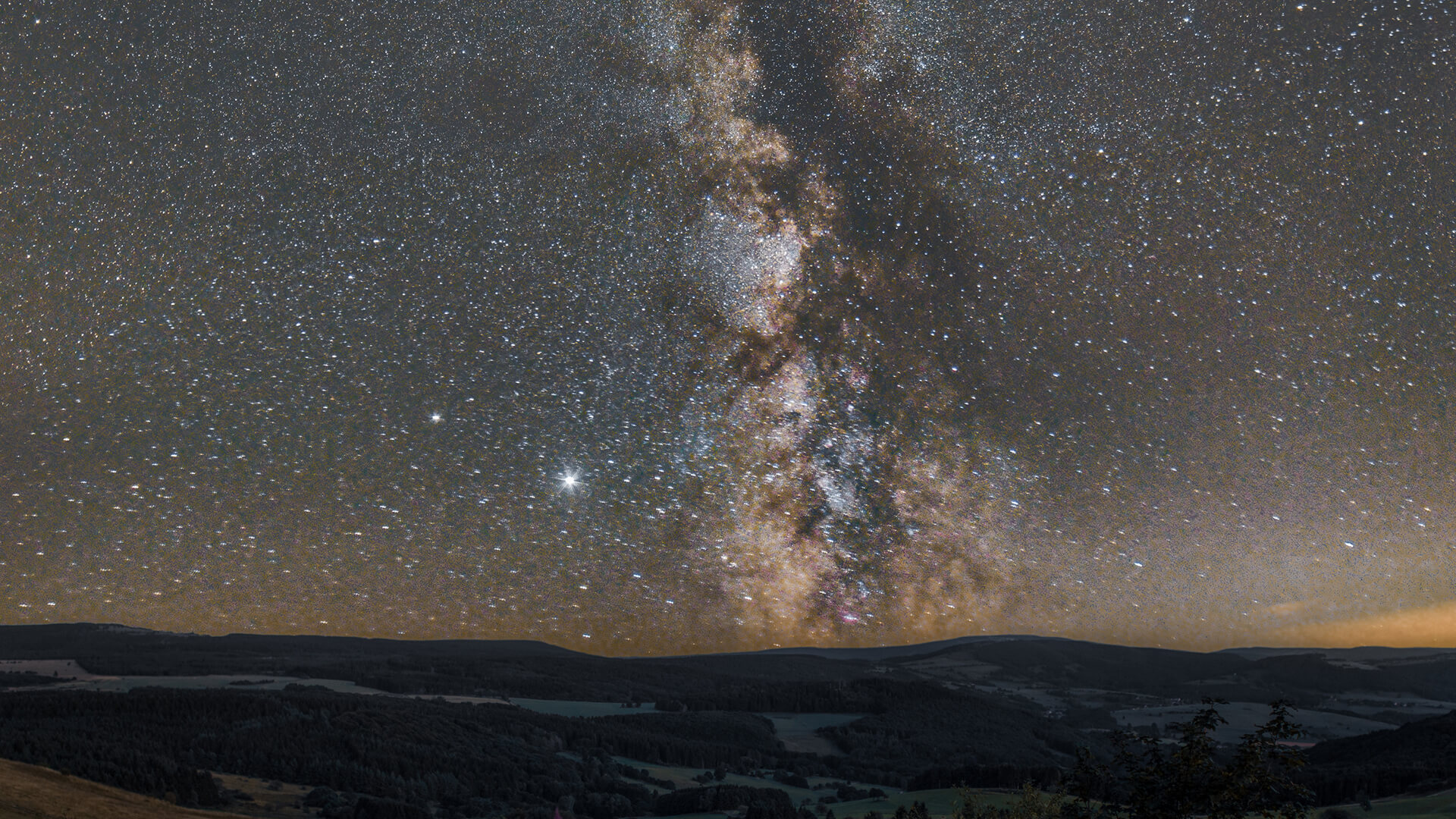 Around the world, the IDA has recognised around 40 regions in which artificial light has been eliminated to a great extent and the dark night sky is protected. As well as focusing on attractions for tourists, the organisation also has an educational role. It works to disseminate astronomical knowledge, raise awareness of the night sky as a cultural asset and inform people of the consequences of light smog. This phenomenon can irritate nocturnal animals and birds or disrupt plants' growth cycles. A transition between light and dark is an important time mechanism for ecosystems and for us humans too.

The Rhön Dark Sky Reserve, on the border of the federal states of Bavaria, Hesse and Thuringia in the centre of Germany, became one of four German Dark Sky Reserves in 2014. In optimum conditions, from the UNESCO Rhön Biosphere Reserve it's even possible to spot M 31, the Andromeda Galaxy – the most remote object that can be viewed by the human eye without technical aids. The galaxy is 2.5 million lightyears away.

Star guides for the night sky

The park organises guided night walks led by certified star guides who explain astronomical processes and tell stories about the constellations. On the Hohe Geba (750 metres above sea level) in Thuringia, astronomical observation platforms have been installed in the ground to provide a firm foundation for sensitive astronomical devices.

Visitors can gaze up comfortably from "sky loungers" and mobile maps of the stars are provided to assist with orientation in the night sky. Original accommodation is also available in the surrounding area. 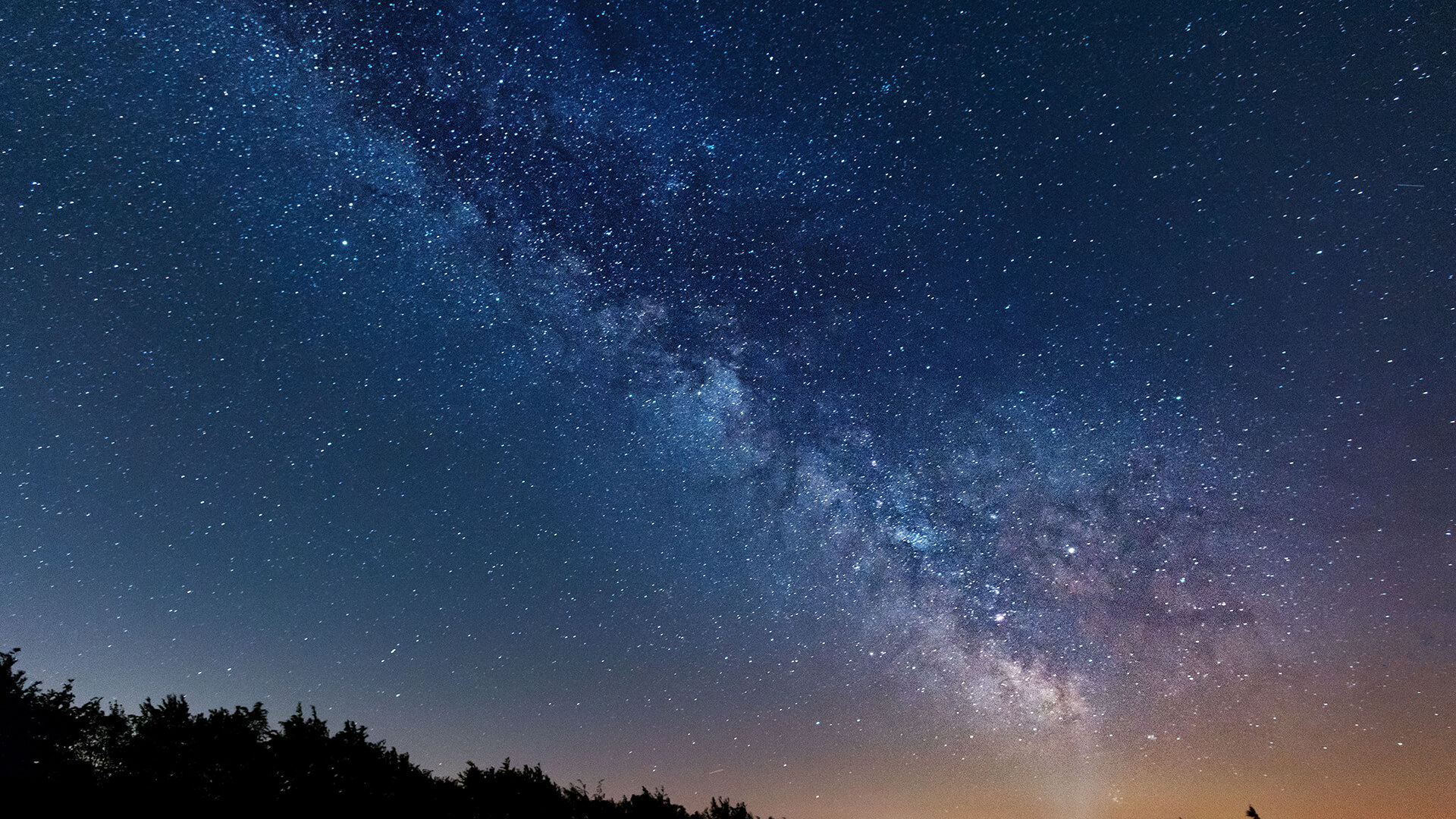 Visitors can also find darkness in the Eifel region on the border with Belgium and Luxembourg – a kind of island in the otherwise densely populated state of North Rhine-Westphalia. The Eifel Nature Park, some 65 kilometres south-west of Cologne, is mainly spared from artificial light sources and was recognised by the IDA as a Dark Sky Reserve in 2019.

Here too, you can see the shimmering white stripe of the Milky Way on clear nights to a level of detail possible in just a few places in Europe. Another attraction is the astronomy workshop "Sterne ohne Grenzen" (Stars Without Borders) at the Vogelsang observatory. Guided star tours are available here in German and English – including equipment such as telescopes and large binoculars.

While balmy summer nights are perhaps more pleasant, winter is a particularly good time for stargazers for one reason alone: the nights are longer and start early. This makes it possible for families with children to come along and look at the stars without staying up too late.

Winkl-Moosalm: the Milky Way in detail 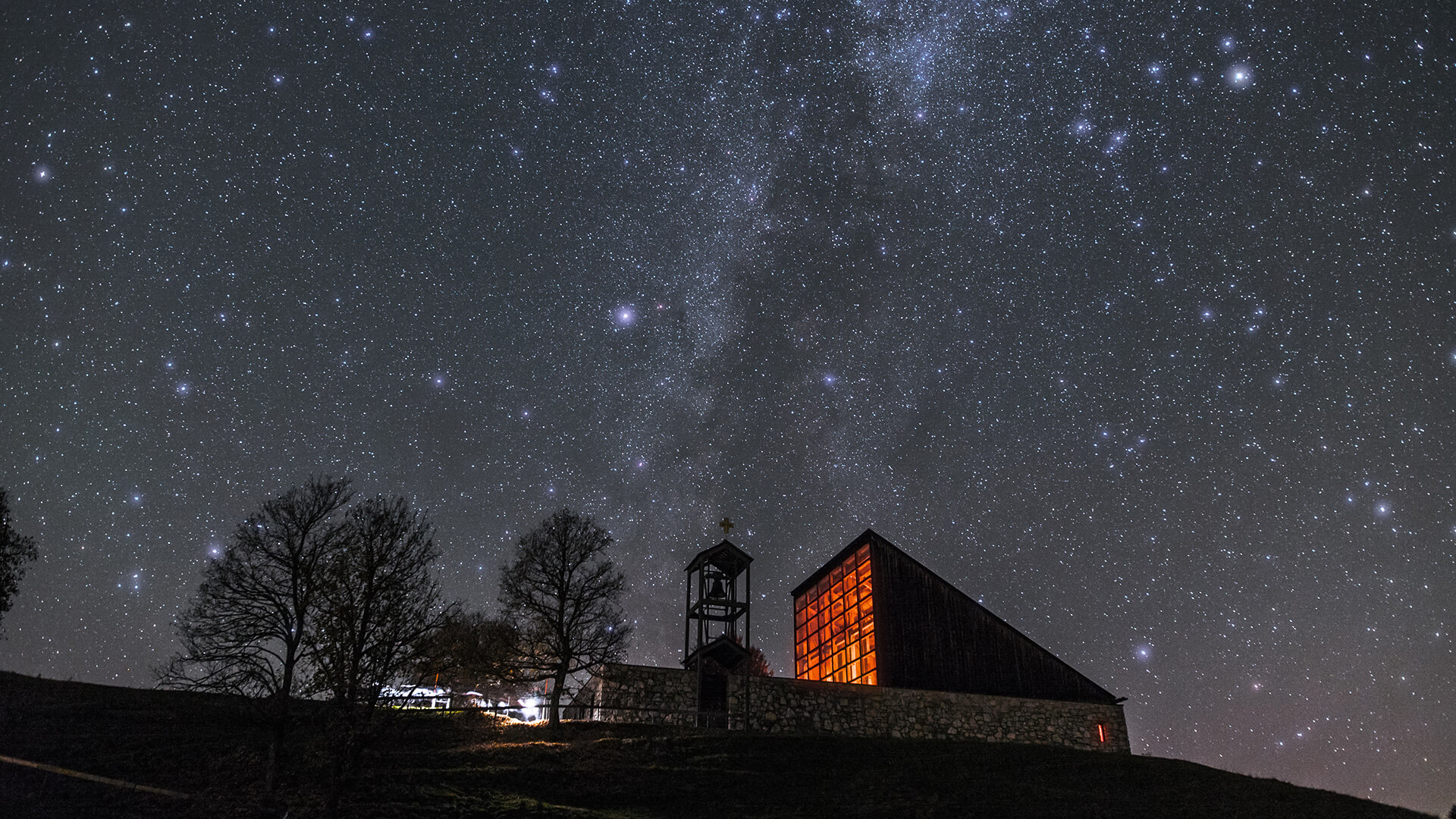 At a lofty height, although not quite all the way to the stars, is the Winkl-Moosalm, the astronomical alternative at 1,200 metres in the Chiemgau Alps. The first Dark Sky Reserve in the Alps, the Winkelmoosalm is a great place for hiking in summer and a varied ski area in winter – the one constant being the 360-degree panoramic view.

When darkness falls, an unparalleled firmament appears on clear alpine nights. It's possible to spot details of the Milky Way, galactic nebulae or red giants, large and very bright stars, in the constellation of Taurus, for instance. During guided tours, astronomers provide live explanations of space, using a special laser pointer for extra clarity.

Other great locations for stargazers in Germany 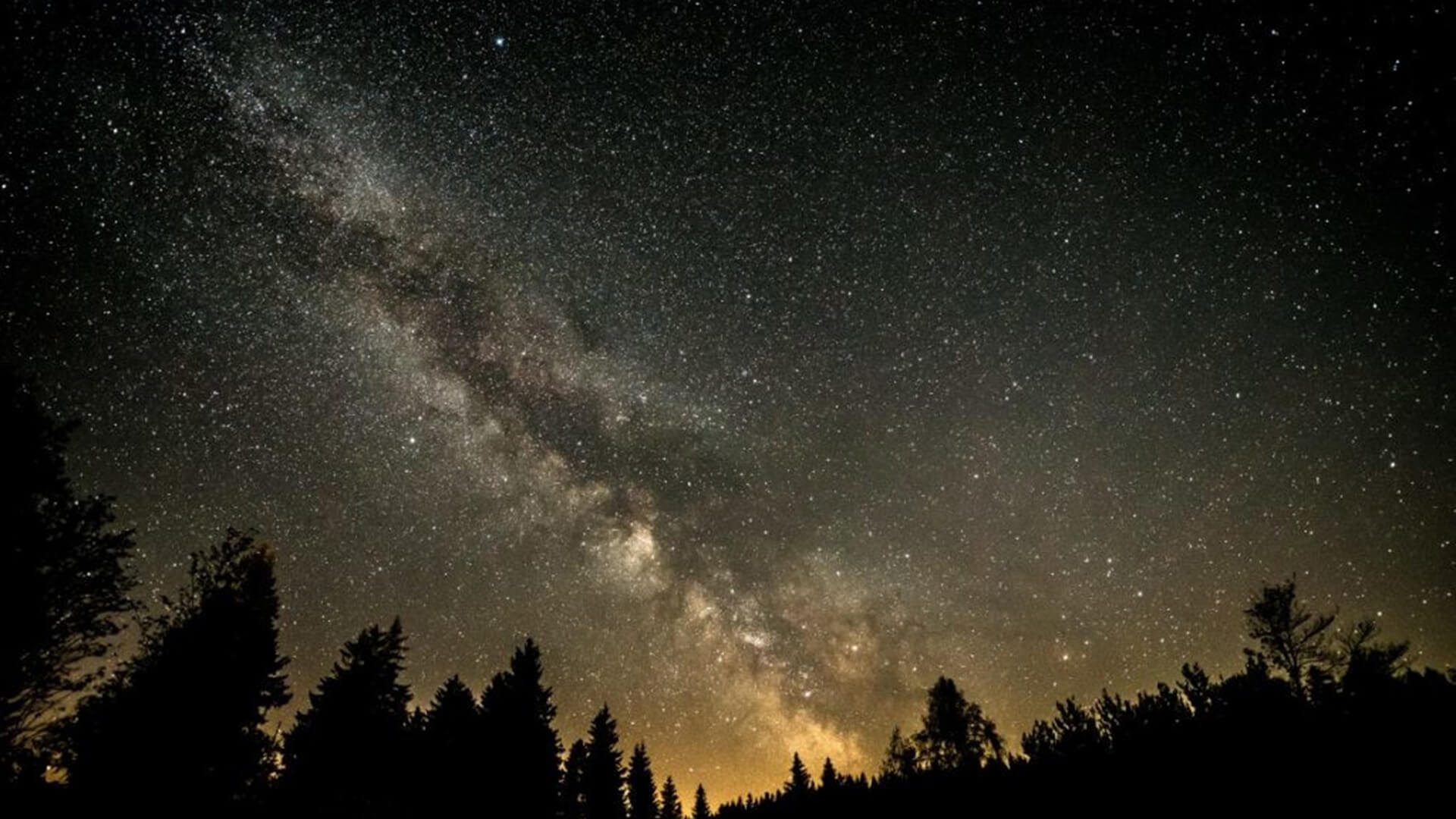 Recognition by the Dark Sky Association is an honour, but Germany has even more top spots for stargazers, although without the IDA label. Many public observatories, for example in Sankt Andreasberg in the Upper Harz, are currently seeking recognition as an IDA Dark Sky Reserve. Talks are given here and telescopes are available; there is also a planetarium as a bad weather alternative. Like the Swabian Alb Biosphere Reserve in the south of Germany, the observatory in Harz is also seeking recognition as an IDA Dark Sky Reserve.

It can also get extremely dark on some North Sea islands, such as Amrum, Pellworm or Spiekeroog. The IDA measured the darkest sky over Germany to date on the island of Spiekeroog. Spiekeroog and Pellworm are the first sky islands in Germany to be officially certified by IDA as an International Dark Sky Park.